It is too early to tell whether SuperM’s “Super One” will challenge for #1 in the United States, but it will definitely be one of the week’s top albums.

According to Hits Daily Double, the album is projected to sell 65-70K US copies this week. With units from track sales and streams included, it may generate 70-80K in total first-week units.

As things currently stand, “Super One” is the frontrunner to debut at #1 for album sales. In terms of overall units, it is competing with Machine Gun Kelly’s “Tickets To My Downfall” (80-90K projection), Joji’s “Nectar” (65-75K projection), and possibly Pop Smoke’s enduring “Shoot For The Stars Aim For The Moon” (no projection yet, but it should land in the same general ballpark).

SuperM, of course, has proven capable of obliterating projections in the past. Thanks to significantly stronger-than-expected direct-to-consumer activity, the group’s first mini-album crushed early projections and debuted at #1 in the US. 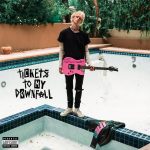