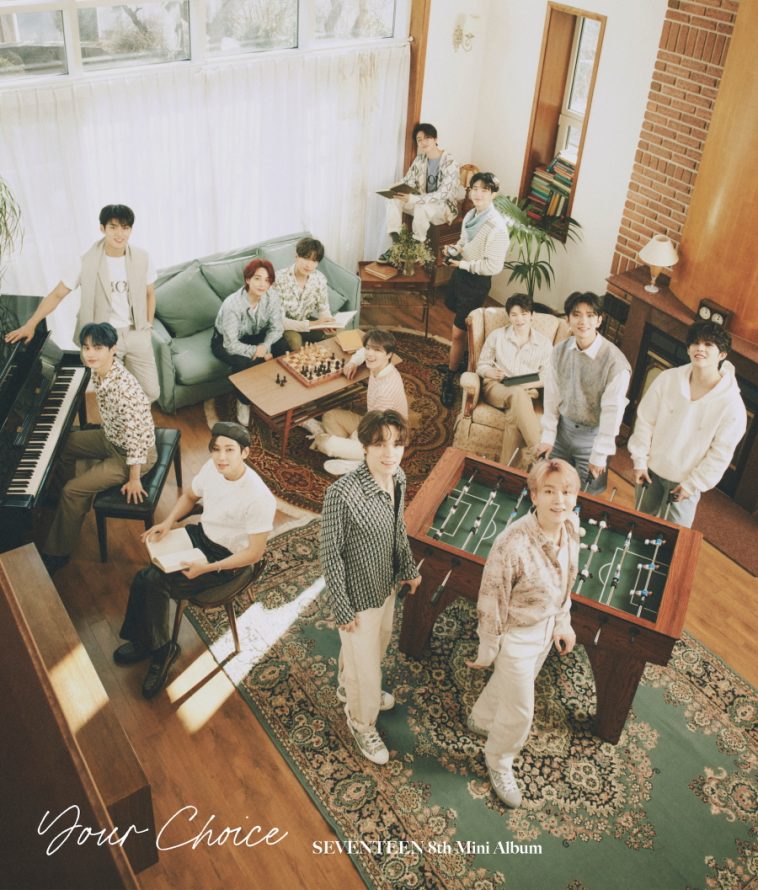 With the end of the June 18-24 tracking period quickly approaching, key US album projections have finally emerged.

According to Hits Daily Double, SEVENTEEN’s “Your Choice” should sell about 25K copies during the tracking period. With units from track sales and streams included, the album should generate about 28K in total consumption.

The album sales figure is currently tracking as the week’s best, while the consumption figure positions “Your Choice” for a Top 10-15 bow on the overall album chart (Hits Top 50/Billboard 200).

Projected for 106K in total activity, Olivia Rodrigo’s “SOUR” should return to #1 on the overall chart. The album, which launched in May, will be celebrating its second non-consecutive week atop the listing.