Early US sales and consumption projections have emerged for ZAYN’s “Icarus Falls.”

According to Hits Daily Double, the artist’s sophomore studio album is expected to sell 3-5K pure US copies during the December 14-20 tracking period. With units from track sales and streams included, it should generate about 15-20K in first-week consumption.

“Icarus Falls” is the follow-up to ZAYN’s solo debut “Mind Of Mine.” Released in 2016, that album debuted at #1 with 112K pure US copies and 157K in total consumption.

Specific projections regarding the “Icarus Falls” chart position are not yet available, but it does not appear headed for a Top 10 position on either Top Album Sales (pure sales) or the Billboard 200 (consumption). 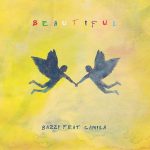