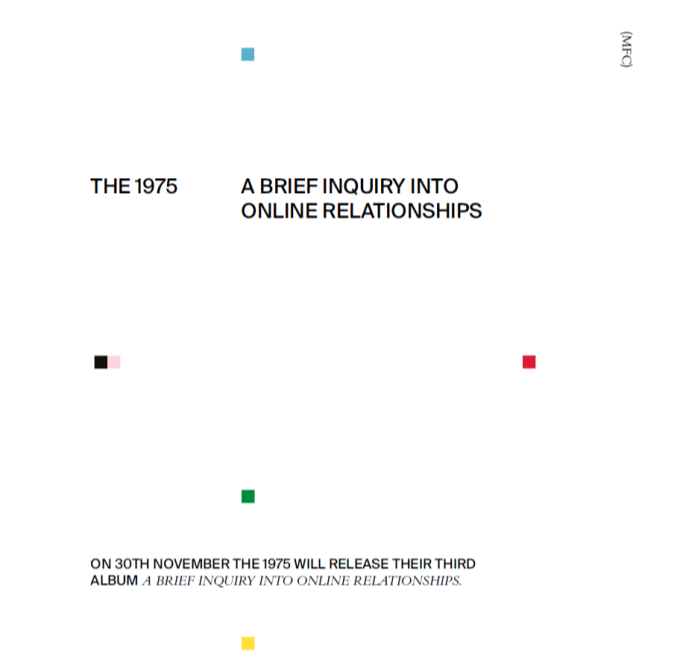 Update: Headline Planet can confirm that The 1975’s “A Brief Inquiry Into Online Relationships” is the #1 song on this week’s Billboard Top Album Sales chart.

The chart ranks albums based on pure US album sales.

Although Billboard has not yet released details on this week’s Billboard 200 consumption chart, Meek Mill’s new “Championships” will definitely take #1 on the listing. The listing ranks songs based on total units from pure album sales, track sales and track streams.
====

The latest US album race has apparently produced a split-chart scenario.

Based on data reported by Hits Daily Double and BuzzAngle, The 1975’s “A Brief Inquiry Into Online Relationships” won the pure album sales race. Meek Mill’s “Championships,” however, comfortably led the week in total consumption.

Hits says that “A Brief Inquiry Into Online Relationships” sold about 44K pure US copies during the November 30-December 6 tracking period. That ranks as the week’s best pure sales tally.

“A Brief Inquiry” did about 61K in first-week consumption, which rank as the week’s fourth-best tally (after “Championships,” 6ix9ine’s “DUMMY BOY,” and Lil Baby’s “Street Gossip”).

Due Sunday, Billboard’s more authoritative data may differ slightly from that reported by Hits. The discrepancies should not, however, impact the overall outcome. “A Brief Inquiry” should take #1 on Top Album Sales, while “Championships” will be #1 on the Billboard 200.