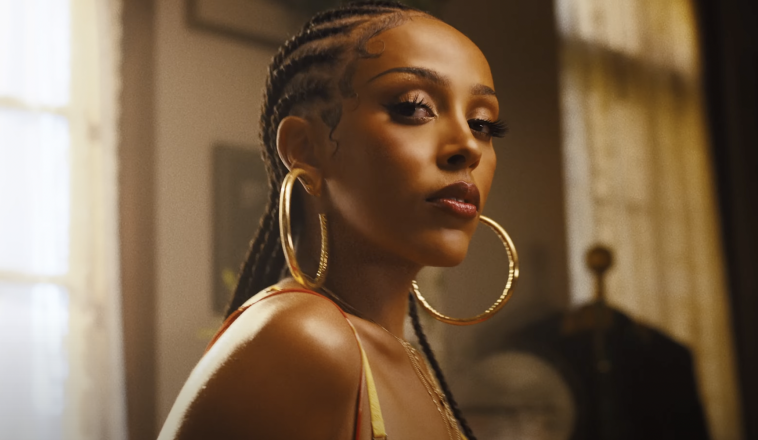 Doja Cat has been one of the biggest forces at mainstream radio over the past year, so it should come as no surprise that her new single “Vegas” is attracting attention.

The song, which appears on the “Elvis” soundtrack, earns the top spot on this week’s Mediabase pop radio add board.

“Vegas” landed at 40 Mediabase-monitored pop stations in conjunction with this week’s official impact.

Having just enjoyed a three-week reign as country radio’s #1 song, Morgan Wallen’s “Wasted On You” earns second place on the pop add board. The crossover single landed at 33 stations.

OneRepublic’s “I Ain’t Worried” follows in third place with 28 pickups, while an add count of 27 slots Charlie Puth’s “Left and Right (featuring Jung Kook of BTS)” in fourth.