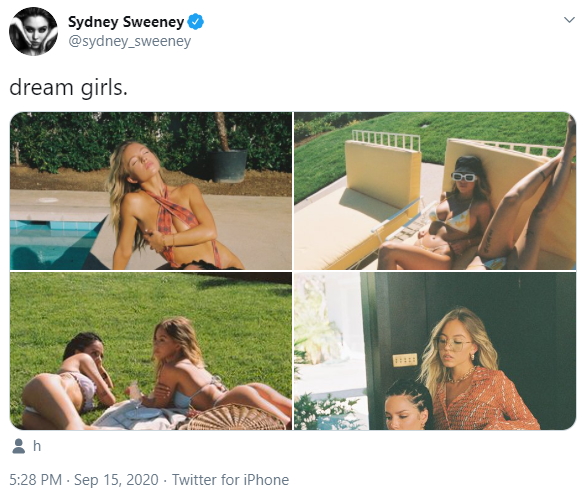 Last week, news broke that friends and past music video collaborators Sydney Sweeney and Halsey would be co-starring in the upcoming television series “The Player’s Table.” Along with the announcement, the entertainers shared breathtaking photos shot by Sam Dameshek.

The photos find both women looking characteristically stunning in bikinis. In addition to posting monster Instagram numbers (Sweeney’s post reached 450K Instagram likes in its first few hours, while Halsey’s version blasted past the 1 million mark), the photos turned “Sydney Sweeney” into a top trending topic on Twitter. The actress and producer’s name was a Top 30 overall topic (and leading topic in the celebrity and music categories) as of press time at 7PM ET Tuesday night.

Trending based on sexy pictures is nothing new for Sweeney; she previously trended after modeling some Savage X Fenty pieces in her Instagram story.

Sweeney’s version of the stunning gallery is available here; Halsey’s post is accessible at this link.