Chase Stokes and Madelyn Cline via @hichasestokes on Instagram

Headline Planet covered the phenomenon on May 4, noting that Madelyn Cline and Chase Stokes had seen their follower counts grow from under 10,000 to about 1.5 million. Other principals like Rudy Pankow and Madison Bailey were right around the 1 million mark.

The significant growth has continued over the past several weeks. As of June 25, Cline boasts 5.011 million followers on the platform. Stokes’ follower network is now 4.001 million strong.

Pankow is past the 3 million mark at 3.113 million, and Bailey follows with 2.623 million. Jonathan Daviss’ Instagram follower count stands at 1.476 million.

Beyond their impressive follower numbers, the aforementioned cast members are also enjoying fantastic engagement levels. Cline and Stokes, for example, have been regularly receiving upwards of 1 million – if not 2 million – likes for their posts (posts confirming their romantic relationship received over 2.5 million). Pankow and Bailey have also forayed into the million-plus like territory. These like-to-follower ratios greatly exceed the 10% proportion that many hold as a standard for celebrities.

The cast members’ willingness to share a combination of professional photos, socially conscious messages and lighthearted “tomfoolery” is also contributing to the strong engagement.

— Netflix has not yet formally confirmed a second season, but given the show’s impressive numbers, most take for granted that the show will be back. 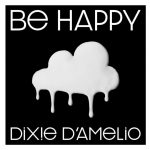