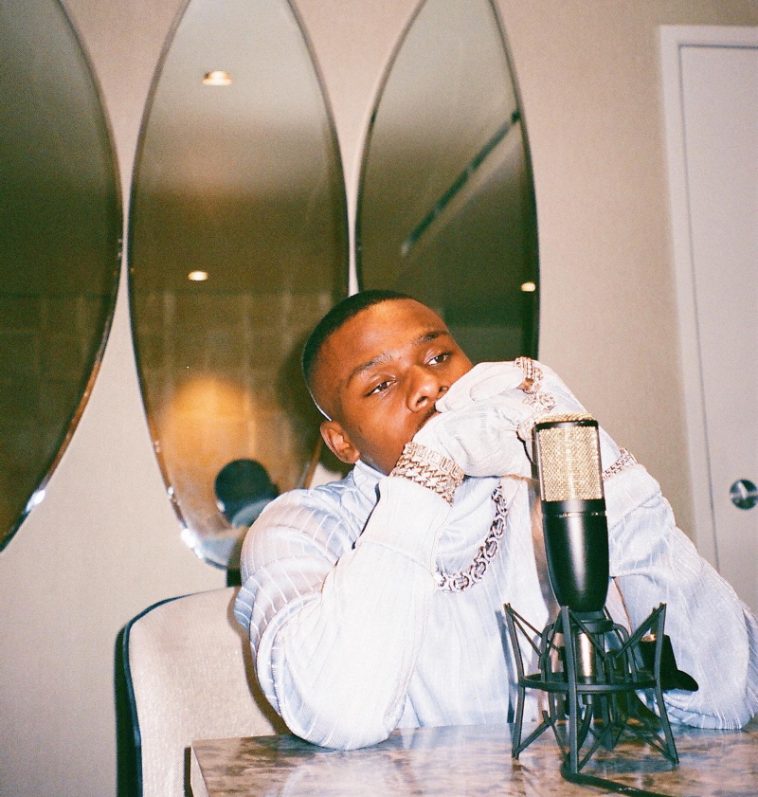 DaBaby’s “ROCKSTAR (featuring Roddy Ricch)” continues to approach the top of the Mediabase rhythmic radio chart. Based on its current rate-of-gain, it could reach #1 as soon as this week.

“ROCKSTAR” received 3,636 spins during the first four days of the June 21-27 tracking period. Up 8% from the count at this point last week, the tally earns “ROCKSTAR” #1 on the Mediabase building/real-time chart.

“ROCKSTAR” does not have a huge lead over Lil Mosey’s building #2 “Blueberry Faygo” (3,612 spins), but it does have the clear momentum advantage. Whereas the “ROCKSTAR” count tops the same-time-last week mark by 8%, “Blueberry Faygo” is down nearly 2%. The Lil Mosey song claimed #1 on last week’s official chart; “ROCKSTAR” was #3.

If both songs remain on their current trajectories, “ROCKSTAR” will take over #1 by the end of the week. But even if “Blueberry Faygo” claims #1 this week, the DaBaby-Roddy Ricch song would be a virtual lock for #1 next week.