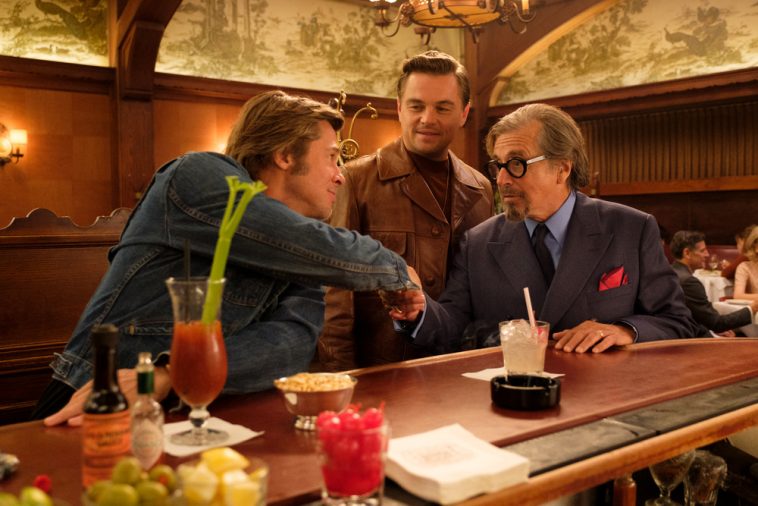 Leonardo DiCaprio, Brad Pitt and Al Pacino in Columbia Pictures Once Upon a Time in Hollywood" by Andrew Cooper / CTMG, courtesy of Sony Pictures Publicity

It will not dethrone “The Lion King” from #1 on the US box office chart, but “Once Upon A Time In Hollywood” may deliver the biggest opening of director Quentin Tarantino’s career.

“Once Upon A Time” earned $16.9 million on Friday, which marked its first day of release. Based on that figure, the film should earn $38.5-43 million this weekend.

If it lands in that range, it will narrowly set a new career high for Tarantino. The director’s current high mark of $38.1 million came courtesy of 2009’s “Inglorious Basterds.”

“The Lion King” will nonetheless remain a dominant #1 in the US. It ruled Friday’s chart with $22.3 million and should close the weekend with $71-81 million.

once upon a time in hollywoodthe lion king