Update: Billboard just made the news official: BTS’ “Love Yourself: Answer” is the #1 album in America.

According to the publication, the album tops the Billboard Top Album Sales chart with 141K in opening week US sales. With TEA (track sales/10) and SEA (track streams/1250 for paid services + track streams/3750 for free services) included, it generated 185K in total US units.

“Love Yourself: Answer” debuts at #1 just three months after BTS topped the charts with “Love Yourself: Tear.” BTS is the first Korean act to ever score two number one albums (it was already the first such act to score one #1 album).

Billboard adds that BTS is the first pop act since One Direction to hit #1 with two separate albums twelve-month period. 1D hit #1 in December 2013 with “Midnight Memories,” before topping the chart just under a year later with “Four.”
====

“Love Yourself: Answer,” the latest album from BTS, convincingly wins this week’s US album sales and consumption races.

According to Hits Daily Double and BuzzAngle, the album sold approximately 145K pure US copies during the August 24-30 tracking period.

Slightly above initial industry projections, the figures markedly top those posted by the competition.

Alice In Chains’ “Rainier Fog,” this week’s #2 album in pure sales, sold about 28K US copies during the tracking week. Travi$ Scott’s “ASTROWORLD,” the #2 album for consumption, did about 108K units.

Due Sunday, Billboard’s more authoritative data may differ slightly from that reported by Hits. The differences will not, however, impact the album’s chart positioning.

The pure sales total will yield a #1 bow on Billboard Top Album Sales, while the consumption tally will drive a #1 debut on the Billboard 200.

“Love Yourself: Answer” is the K-pop group’s first #1 album in a matter of months. Previous release “Love Yourself: Tear” topped the US charts earlier this spring. 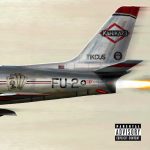