Powered by a concert ticket-album promotion and the enthusiasm one would expect for a new Dave Matthews Band album, “Come Tomorrow” dominated this week’s US album sales and consumption races.

According to Hits Daily Double and BuzzAngle, “Come Tomorrow” sold approximately 289K pure US copies during the June 8-14 tracking period. The inclusion of TEA (track sales/10) and SEA (track streams/1500) yields an opening-week consumption tally of about 297K.

Due Sunday, Billboard’s more authoritative data may not precisely match that reported by Hits. The discrepancies will not, however, change the overall outcomes.

The pure sales total will position “Come Tomorrow” at #1 on Top Album Sales, while the consumption figure will earn the Dave album #1 on the Billboard 200.

“Come Tomorrow” will be Dave Matthews Band’s seventh #1 album in the United States. 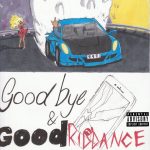