A new US opening week US sales projection has been released for Taylor Swift’s “reputation.”

According to Hits Daily Double, the album is projected to debut with 1.30-1.34 million pure US sales.

The inclusion of TEA (track sales/10) and SEA (track streams/1500) for the four individually available tracks should yield a first-week consumption total of 1.32-1.36 million.

They are nonetheless still quite massive.

If “reputation” indeed sells over 1.3 million copies, it will set a new career record for Swift.

— “Reputation” officially crossed the 1 million US sales mark on Monday, its fourth day of release. In doing so, it became the fourth consecutive Swift album to sell over 1 million copies during its opening week. 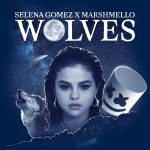