The US album sales race yet again ends with a split-chart scenario. John Mayer’s “The Search For Everything – Wave One” wins the pure sales race, while The Weeknd’s “Starboy” retains #1 on the Billboard 200 consumption chart.

Mayer’s EP, which features the first four songs from his complete “The Search For Everything” project, sold what Billboard reports as 38K pure US copies during the January 20-26 tracking week. The count is enough for #1 on Top Album Sales.

With TEA (track sales/10) and SEA (track streams/1500) included, “Search” generated 49K in total US consumption units. That is good enough for #2 on the Billboard 200.

The Weeknd’s album, which generated 56K units, enjoys a fourth consecutive (and fifth total) week at #1. 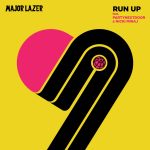