Part two included a pair of Ariana Grande tracks, another Rihanna single, and hits by twenty one pilots and The Weeknd.

In part three, we confirmed that ZAYN’s “PILLOWTALK,” Sia’s “Cheap Thrills,” Drake’s “One Dance,” Fifth Harmony’s “Work From Home,” and Lukas Graham’s “7 Years” made the Top 10.

Today, we conclude the countdown by revealing the Top 5 pop hits of 2016. Three of the songs are from artists who have already appeared on the countdown. The other two are both credited to the same lead act.

Songs considered for the list must have first charted at pop radio in 2016. They also must have reached the Top 20 on a Mediabase airplay chart. 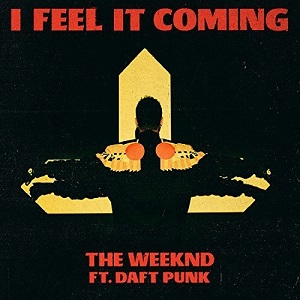 “I Feel It Coming” is a simple, straightforward release from two of music’s most successful, most talented acts.

It is absolutely excellent.

The song perfectly accentuates the strengths of its collaborators. The Weeknd’s smooth, alluring voice sounds sublime over stunning, addictive, disco-funk production that anyone can (and will) associate with Daft Punk. Further boosted by an outstanding pre-chorus and Daft Punk’s tasteful, effective, recognizable vocoder use, “I Feel It Coming” is as charming, engaging and flat-out enjoyable as pop songs come.

Despite being so pronounced and identifiable, the contributions from the two credited acts blend so effortlessly and organically. The result is a song greater than the sum of its parts — and an even stronger Weeknd-Daft Punk collaboration than “Starboy.”

4) Taylor Swift – Out Of The Woods 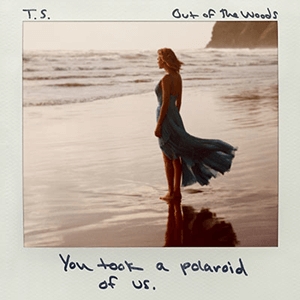 Lead “1989” single “Shake It Off” will go down as one of the most important songs of Taylor Swift’s career. It proved her ability to write and record a legitimately current, relentlessly catchy, utterly unforgettable pop song. It was not merely “good enough” for pop radio to justify playing a song by a crossover country artist; it was a flat-out elite pop song. It validated her decision to transition into the world of “pure pop.”

Fellow “1989” track “Out Of The Woods” also warrants such a distinction.

As well as it achieved what it was trying to achieve, “Shake It Off” left one important question unanswered: to what extent could Swift maintain her personal, intimate, narrative- and detail-oriented songwriting while transitioning into the broader world of mainstream pop? With Swift’s unmistakable phrasing and clear references to her private life, “Shake It Off” was certainly not an impersonal song. It was not, however, as personal as many of her best “country” tracks. It was a broad pop song.

Issued as the first instant gratification track from Swift’s “1989,” the superb “Out Of The Woods” put any concerns about the transition to bed. It was an undeniable pop song, but its lyrics were as personal, emotional and evocative as nearly anything in her catalogue.

In fact, the soaring, captivating production and melody seemingly made her words even more resonant. They definitely made the narrative more immersive.

It suggested that Swift’s transition into pop was not simply going to be okay; it was going to yield some of the most meaningful, engaging music of her career.

“Out Of The Woods” was ultimately released as the sixth single from “1989.” Due perhaps to Swift’s overexposure, perhaps to the fact that the song was already over a year old or perhaps to producer Jack Antonoff’s grittier, more alternative, more “niche” style (certainly in comparison to Max Martin’s approach), it did not perform nearly as well as the previous releases.

3) The Chainsmokers – Don’t Let Me Down ft. Daya 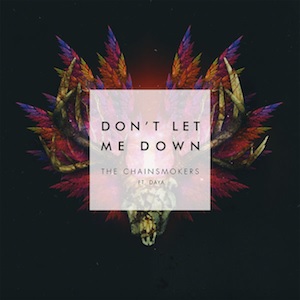 The fittingly titled “Don’t Let Me Down” was pivotal to the careers of its collaborators.

The glorious song did not disappoint. It did not let them down.

Every aspect of the production and composition is utterly arresting. The riff may be the best “sound” heard on pop radio in 2016. The engaging composition escalates organically and powerfully. The jarring drop admirably changes the pace while elevating the intensity of the song.

Best of all, “Don’t Let Me Down” is accessible and energetic enough to thrive in the club or on the stadium loudspeaker. It is still a dance-pop song – it just so happens to be a particularly memorable, captivating one.

Daya proves to be the perfect vocalist for this lofty, soaring track. “Hide Away” may be a fun, cutesy, charming song, but Daya is certainly not a thin, light, disposable vocalist. Her voice is big, dramatic and magnetic, and it allows her to not only live up to the towering production but add to its magnitude and heighten its resonance.

“Don’t Let Me Down” established The Chainsmokers as a legitimate force in mainstream music. It established Daya as a standout pop singer. 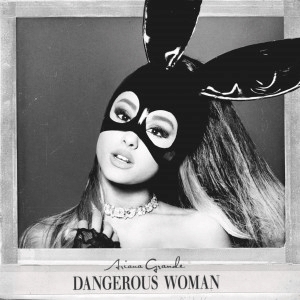 The suggestion that Ariana Grande opened 2016 at some sort of crossroads is utterly preposterous. Sure, she garnered negative publicity for the infamous doughnut-licking incident. Sure, her fall 2015 single “Focus” underperformed. Sure, she did not start the year (and her third album cycle) with every ounce of the momentum she had during the peak of her second album cycle in 2014.

But her career was by no means in any sort of jeopardy. She was still an immensely popular, highly regarded pop star. She was not in need of a “comeback” or “statement” single. She did not have anything to prove.

With the incredible “Dangerous Woman,” she went ahead and made a statement anyway. Her breathtaking performance is not simply that of a phenomenal singer. It is that of a determined, confident, self-assured artist.

Throughout the song, Grande showcases tremendous (and greatly improved) control and dynamics. The transcendental performance is rich with emotion, passion and – befitting the song – sex appeal.

Grande had always impressed listeners with the beauty and power of her voice. On “Dangerous Woman,” she meaningfully connects with them courtesy the character of her voice.

Grande’s stellar vocal showing is, of course, enhanced by the quality of the composition and recording. The interesting verse melody, inviting pre-chorus and soaring chorus all establish “Dangerous Woman” as a special song. Impressive layering and the inclusion of a guitar solo (on a pop record – in 2016!) further elevate the recording.

It is a special, timeless song. And it is the second-best pop hit of 2016. 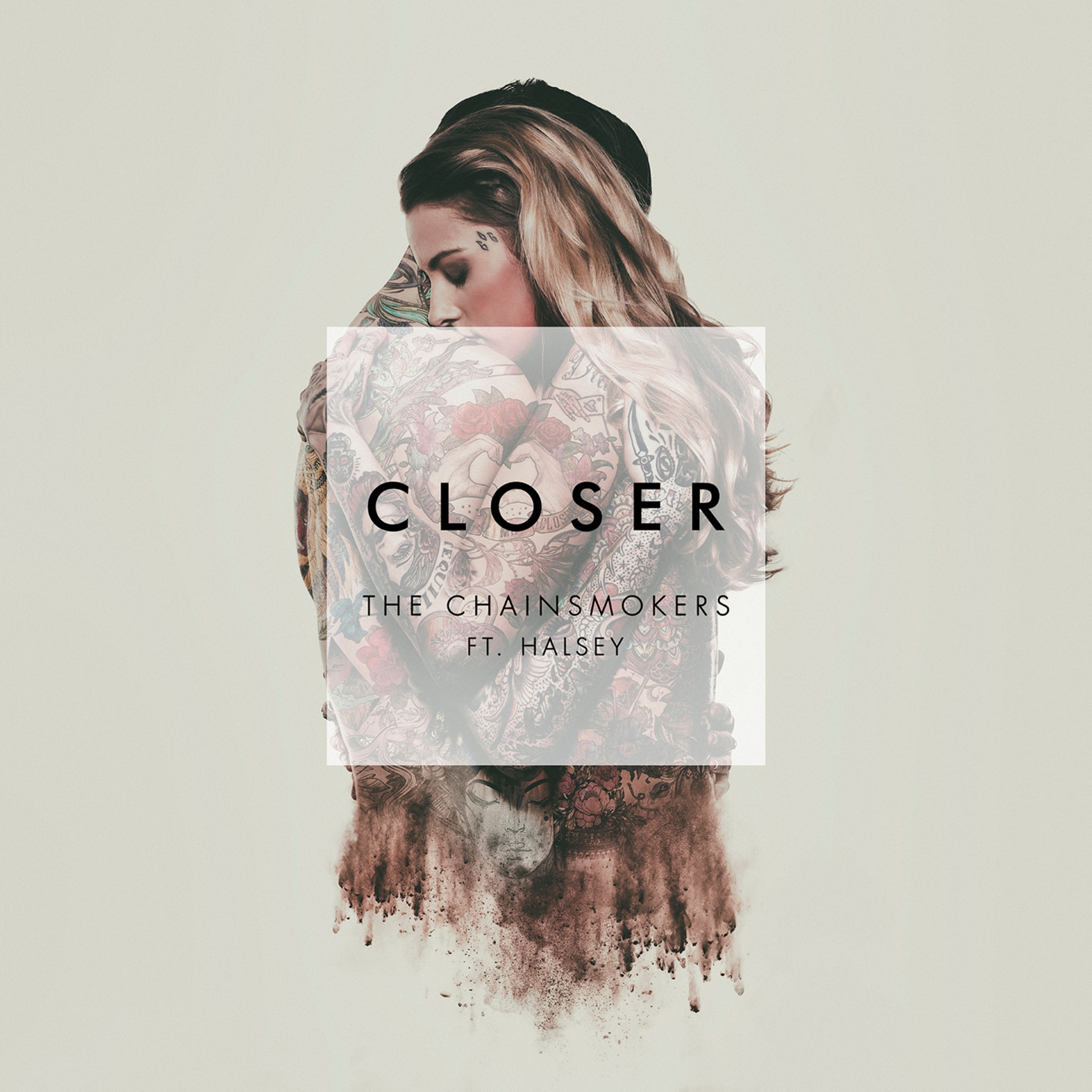 In the spring of 2016, a snippet of a Chainsmokers-Halsey collaboration emerged online. Recorded at a live show, the clip was rough and incomplete, but it was all music critics and aficionados needed to conclude that the song was a surefire #1. The reaction was as “instant” as reactions come.

Entitled “Closer,” the full song emerged on the night of July 28, and it somehow exceeded the expectations set by the concert clip. It was one of those special, intoxicating, undeniably outstanding pop songs we rarely encounter but can immediately identify when we do.

The Chainsmokers, Halsey and their songwriting partners are so dialed into the song — so sure of their vision — that even things that shouldn’t work come across perfectly. Chainsmokers member Drew Taggart is not a polished vocalist by trade, but his voice sounds great on “Closer.” Halsey, who despite her passionate fanbase had never scored a mainstream radio hit, sounds like an undeniable, wholly accessible superstar. The electronic hook is similar to the riff on The Fray’s 2005 hit “Over My Head” (so much so that The Fray’s principal songwriters received a writing credit), but it still sounds so fresh, striking and immersive.

The song is not, however, a mere beneficiary of fortunate happenstance. It possesses some unquestionably strong qualities, including the best pop melody of 2016, low-key yet incredibly taut production, and perfectly conversational, identifiable, and believable lyrics.

More than just about any other 2016 release, the songwriting on “Closer” aligns with what today’s music fans are demanding from their pop songs. They are not looking for big, broad, anonymous themes and messages. They are not even looking for especially rich narratives. They are looking for reality. They desire a sense that the singer is speaking candidly, sharing feelings and describing events from his or her own unique perspective. This smaller-scale, more intimate form of songwriting more successfully welcomes audiences into the artists’ worlds. It fosters a more profound connection to their perspective.

It makes a song far more relatable than songs deliberately trying to be universal. Superstars like Adele, Taylor Swift, Justin Bieber and Drake have mastered this art. Acclaimed artists like Lorde and Alessia Cara leveraged this art to attain breakthrough hits. In 2016, The Chainsmokers, Halsey and the other co-writers made it work on “Closer.”

With its fantastic set of real, identifiable and memorable lyrics and its outstanding sonic qualities, “Closer” made an immediate connection with the marketplace. It shot to #1 on the sales and streaming charts and spent a whopping ten weeks at #1 on the pop radio chart.

And despite all that exposure, it remains the best-scoring song in the pop radio listener callouts. The duo’s comments regarding Lady Gaga and Rihanna may have prompted “Chainsmokers are over parties” on Twitter, but they have not affected one key reality: people simply cannot get enough of “Closer.” That reaction makes sense; “Closer” is superb.

While previous The Chainsmokers singles “Roses” and “Don’t Let Me Down” were rich with pop sensibility, they still featured heavy EDM elements. “Closer” relies far less prominently on such elements; it is easily the duo’s most conventional “pop” song.

It is also The Chainsmokers’ best song. And the best pop hit by any artist in 2016.