Friday, we revealed the first five songs on our “Best Pop Hits of 2016” countdown. Positioned between #16 and #20, the selections included hits from Rihanna, Machine Gun Kelly x Camila Cabello, Ruth B, Mike Posner and Taylor Swift.

As a reminder, songs considered for this list must have first charted at US pop radio in 2016. They must have also reached the Top 20 on Mediabase’s pop radio airplay chart.

Those eligible songs were then ranked based on quality. 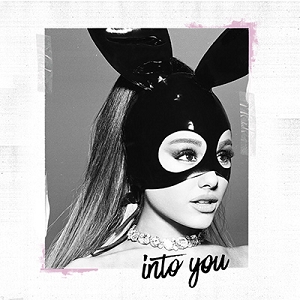 “Into You” is the pop single so many artists have been trying desperately to make. It has the pulsing beat, mesmerizing pre-chorus, soaring chorus and captivating conclusion for which so many aspire but so few achieve.

Grande has developed the control and poise needed to make the most of her beautiful, powerful voice, and she leverages those newfound abilities to take “Into You” to the next level.

It is not a perfect song; there is an anonymity to the lyrics, and Grande’s delivery, though technically outstanding, doesn’t quite have the commanding personality and attitude demonstrated on her stronger singles “Dangerous Woman” and “Side To Side.”

But when you take a supremely constructed pop song and add vocals from one of mainstream music’s most talented singers, you’re still left with an excellent song. You’re left with one of the Best Pop Hits of 2016. 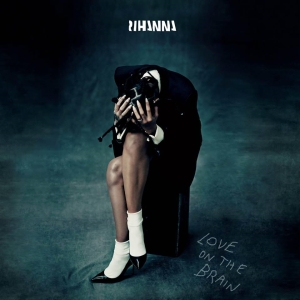 The notion of “going pop” often comes with a negative connotation. It suggests that the artist will avoid risks and eliminate quirks in the name of something safer, more innocuous, and more commercial.

The opposite is true of “Love On The Brain.” It is the poppiest and most broadly accessible track on Rihanna’s “ANTI.” It also may be her most daring.

While Rihanna has released many broad-skewing singles throughout her impressive career, she has never released something quite like this. “Love On The Brain” is a wholly authentic, completely immersive soul/doo-wop throwback.

The experience is not simply immersive for the listener. Rihanna entirely commits to the track, incorporating soulful vocal affectations for which she has never previously been known.

Yet its faithfulness to the sound of old does not come at the expense of Rihanna’s own authenticity. The lyrics are absolutely “Rihanna lyrics” that fit within the context of “ANTI,” and her delivery contains the same swagger and energy that made her famous.

The result is a song more ambitious and daring than one would typically expect of an album’s “pop” single. The result is one of the Best Pop Hits of 2016. 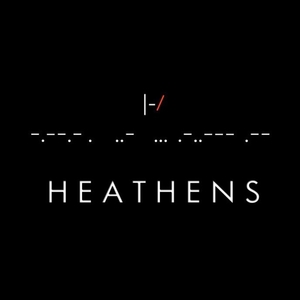 Great pop songs embrace contradictions. They are quirky and edgy, yet still broadly accessible. They are niche and specific, yet still universally enjoyable. They are personal and self-reflective, yet still widely relatable.

“Heathens” possesses all of those welcome contradictions.

The hit single appears on the soundtrack to “Suicide Squad,” and it perfectly embodies the movie. It is not simply a good song that a movie studio felt would work well on commercials; it is a song that fits the aesthetic of the film and its story.

But it does not live or die based on that context.

The combination of its striking and personal lyrics, haunting, yet soaring production and Tyler Joseph’s intensely emotional vocal delivery allow for a transformative experience in all scenarios — and for listeners in all moods. No matter the situation, listeners will “get” twenty one pilots’ “Heathens.” And given how great it is, they will almost surely like it.

Indeed, “Heathens” was a big hit at pop, alternative and hot adult contemporary radio. Like previous twenty one pilots hits “Stressed Out” and “Ride,” it has no interest in being easily classified or boxed. It is as conducive to head-bopping as it is to emotional contemplation and connection.

The only thing absolutely clear is that it was one of 2016’s Best Pop Hits. 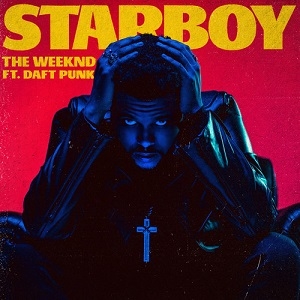 If “Love On The Brain” represented a surprising, daring approach to a mainstream hit, The Weeknd’s “Starboy (featuring Daft Punk)” is its polar opposite.

The specific pairing between The Weeknd and Daft Punk may have been somewhat surprising, but everything about the actual song is fairly obvious and predictable. This is exactly the way one would have expected The Weeknd to follow up a breakthrough era that included hits like “Can’t Feel My Face” and “The Hills.”

Its predictability does not change the fact that it is an excellent song.

“Starboy” features everything — the taut production, the moody vibe, the alluring vocals, the deceptively sharp lyrical perspective, the ridiculously catchy hook — that made The Weeknd famous.

That is why it is so good. The Weeknd is proof that there is at least some degree of a meritocracy in entertainment; his success is unquestionably tied to his unique vision and abilities. A song that relies faithfully on those strengths is pretty much guaranteed to be good.

That is not to say the song couldn’t have benefited from a riskier, more aggressive approach.

Though great, “Starboy” can feel restrained. It sits quite comfortably between the dualities of The Weeknd’s style — his Jekyll and Hyde, so to speak. The tone is somewhat dark and intense, but not completely. His vocal delivery is somewhat smooth and precise, but not completely. The song itself is also somewhat linear, never rising to a particularly notable sonic or emotional high.

The Weeknd is strong in this middle ground, but he is even better when he makes a more deliberate commitment to one side. Indeed, follow-up singles “Party Monster” and “I Feel It Coming” – the former more overtly intense and dramatic, the latter more overtly soft and seductive – are more effective.

“Starboy” was still more effective than many of 2016’s other releases. It was catchier, more tautly produced, more sonically arresting and more lyrically memorable than almost anything else on mainstream radio. It was one of 2016’s best pop hits.

11) Ariana Grande – Side To Side ft. Nicki Minaj


The “Dangerous Woman” album makes a statement about Ariana Grande, the person. She is more mature, confident, sexual, free-spirited and empowered. She is more “dangerous.”

Save for some criticism over her diction, there was never any questioning Ariana Grande’s ability. What she (arguably) had to prove was whether she was more than a great singer. Whether she was a unique, charismatic force with enough presence, star quality and confidence to stand out from the pack.

She provides an affirmative answer throughout “Dangerous Woman.” Third single — and #1 pop radio hit — “Side To Side” represents a particularly clear example.

The song is almost comically sexual, and Ariana Grande is completely up to the task. There’s infinitely more character, sex appeal and “life” in her vocal performance than she demonstrated on all but one of her previous singles (the album’s title track). She owns the song; she’s sharing something rather than simply singing about something.

It’s a fun song, and Grande’s vocal performance is rich with “personality.” Neither, however, prevents Grande from singing the Hell out of “Side To Side.” She sounds customarily great — just with more fire and less inhibition.  And the help of an outstanding reggae-pop beat.

Nicki Minaj holds up her end of the bargain with an effortlessly sassy, sexy, engaging performance. It may not be the most intense verse of her career, but it is still quite commanding (and still quite quotable). It also blends wonderfully with Grande’s work; the two clearly gel on these collaborations.

The lyrics certainly do not pass Pulitzer muster, but they’re definitely effective and memorable. They can occasionally be silly, but they always feel credible and real coming from Grande and Minaj. Frank, conversational lyrics are the way to shine in today’s world of pop music, and shine “Side To Side” does. It was definitely one of the year’s best pop songs.

Stay tuned for the final two parts of the list.  We can’t yet reveal exactly which songs made the cut, but we can tell you to expect additional songs from two of the artists mentioned in this article.