We celebrate the first day of 2017 by revealing the next five songs on our Best Pop Hits of 2016 countdown.

Friday, we revealed that singles by Rihanna, MGK x Camila Cabello, Ruth B, Mike Posner and Taylor Swift landed between #16 and #20. Saturday, we confirmed Top 15 placements for two Ariana Grande songs, as well as singles from The Weeknd, twenty one pilots and Rihanna.

As a reminder, songs needed to first chart at pop radio in 2016 — and at least reach the Top 20 on a Mediabase airplay listing — in order to qualify. 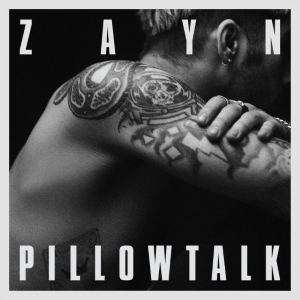 On the other hand, it is still familiar. At its core, the melody is not dramatically different from that of many One Direction songs; the pre-chorus, in particular, sounds like it could have been on one of the group’s later tracks. ZAYN’s vocal delivery, moreover, still falls in the hybrid pop/adult contemporary/rock territory that he occupied while with One Direction. He may be embracing a new, more mature style, but he is not abandoning all traces of the sound that put him on the map.

The result — this hybrid of “One Direction ZAYN” and “New ZAYN” — made for the ideal introduction to his new chapter. Safe enough to appeal to his original fans but new and ambitious enough to ensure departing the group was worthwhile, “PILLOWTALK” was the precisely the song ZAYN needed to release.

Its value, moreover, goes beyond the theoretical. It is a very good, well-produced song featuring an outstanding performance from ZAYN. He is confident, passionate and commanding, yet still somewhat aloof and reserved. In short, he is true to himself.

“PILLOWTALK” was the first solo release from a One Direction original and received radio support from the iHeart “On The Verge” program; its success was a certainty.

The success was also deserved, as “PILLOWTALK” is unquestionably one of the year’s best pop hits. 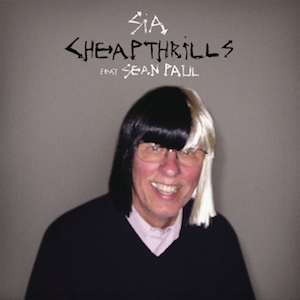 She is a talented songwriter with a tremendous voice, but Sia’s skills had somehow never quite come together in the form of a pop smash (as a solo/lead artist).

Then came “Cheap Thrills.” Less theatrical than her past pop radio singles, “Cheap Thrills” made fun its priority. With an utterly infectious beat, an instant, memorable chorus and the most accessible vocal performance in Sia’s solo discography, the song reminded doubters that Sia can indeed put together one of pop music’s most enjoyable songs.

US pop radio embraced a version that featured Sean Paul. While Sia remains the real star, Sean Paul’s charismatic, quirky performance still helps take the song to the next level.

“Cheap Thrills” is Sia’s catchiest, most down-to-earth, most dance party-worthy single. And it is one of the best pop hits of 2016. 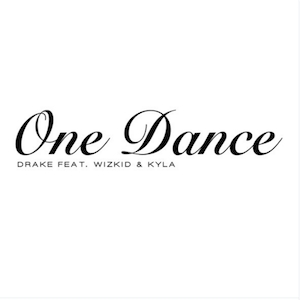 There is an extent to which Drake and his smash hit “One Dance” were hoisted by their own petard.

No, it is not the most intricate creation in the history of music, but it is definitely an impressive artistic achievement. With its infectious, multi-cultural beat, its striking, memorable lyrics and its effective use of the “Do You Mind” sample, “One Dance” reflects the strong, artistic vision and unparalleled execution that have turned Drake into one of music’s biggest stars. He may make it look effortless, but there is nothing easy about what he does.

The degree of difficulty is, of course, something of a moot point. At the end of the day, easy or hard, it was still one of the year’s strongest, catchiest, most downright addictive songs. It justifiably claimed #1 on the Billboard Song Of The Summer chart.

And it justifiably belongs on the list 2016’s best pop hits. 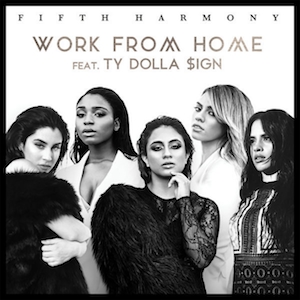 Fifth Harmony’s “Work From Home” is not simply a great song. It is the right kind of great.

Despite their passionate fan support, girl groups and boy bands often struggle to overcome the stigma of those labels. Their individual singles rarely become major, ubiquitous hits. Their music, more notably, rarely earns the distinction of being “cool.”

The result tends to be resistance from certain segments of the music community and a ceiling on potential success. Not even “Worth It,” Fifth Harmony’s previous big hit, could wholly overcome that ceiling.

Its success in overcoming the “girl group” stigma should not, however, be mistaken for an abandonment of the girl group concept. “Work From Home” is actually one of Fifth Harmony’s best “group efforts.”

All five members sound great and credible on their sections (Camila on a verse and other key moments, Ally on a verse, Normani and Dinah on the pre-choruses, Lauren as lead on the chorus). This doesn’t simply feel like an obligatory time share; each member sings with enough command, confidence, individuality and credibility to warrant her moment on the song. Each member reveals why she has developed her own army of supporters within and outside the overall “Harmonizer” fanbase.

And yet, there is unmistakable cohesion throughout the song. It absolutely feels like a consistent, singular effort. The involvement of five voices breaks the monotony, but it does not disrupt the flow.

Camila has since departed the group, and it will be interesting to see how Fifth Harmony’s sound will change in the aftermath. One thing will remain certain: Fifth Harmony’s most successful single as a quintet was one of 2016’s best pop hits. 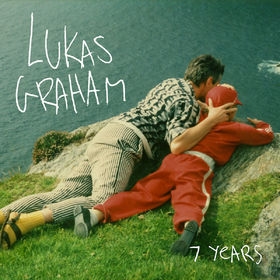 “7 Years” proves that a personal, story-driven song can still be broadly accessible. It proves that broad radio hits can still make listeners feel.

Something of an updated take on Five For Fighting’s “100 Years,” the breakthrough Lukas Graham hit all-at-once evokes wonder, nostalgia, and yearning.

It is substantively emotional – not just sappy – thanks to lead singer Lukas Forcchammer’s incredible voice. He has emerged as one of the best male vocalists on mainstream radio, and he incorporates immense meaning into each word he sings. He makes it clear this song is personal to him; in doing so, he makes it matter to listeners.

Forcchammer’s vocal performance is bolstered by the superb composition. Whereas so many modern songs are linear, “7 Years” progressively builds to a resonant, chill-inducing climax. This, too, emphasizes the song’s significance. It confirms that it means something.

The multi-platinum single ended up topping the pop and adult radio charts in America — with good reason. It is one of the best pop hits of 2016.

Stay tuned for the final part of our countdown, in which we’ll reveal the Top 5 Pop Hits of 2016.  Three of those five songs are from artists who have already appeared on the countdown.