Update: Billboard has made the news official. “Suicide Squad: The Album” repeats as #1 on the Top Album Sales and Billboard 200 charts.

It tops the former thanks to what Billboard reports as 50,000 in weekly pure US sales. The inclusion of TEA (track sales/10) and SEA (track streams/1500) yields a second-week consumption total of 93,000 units; that total informs its #1 placement on the Billboard 200.

In terms of theatrical soundtracks, the last to rule for its first two weeks was 2003’s “Bad Boys II” album.

For the second straight week, “Suicide Squad: The Album” ranks as the #1 album in pure US sales and total US consumption.

According to Hits Daily Double, the soundtrack sold approximately 47,962 US copies during the August 12-18 tracking period. While down 63% from the previous week’s mark, the tally will allow “Suicide Squad” to retain its #1 position on Billboard Top Album Sales.

The inclusion of TEA (track sales/10) and SEA (track streams/1500) yields an overall second-week consumption total of ~89,594. That will be enough for another week atop the Billboard 200 consumption chart.

Due Sunday, Billboard’s more authoritative data will differ slightly. The discrepancies will not, however, be enough to impact the album’s chart placements. It will indeed remain #1 on Top Album Sales and the Billboard 200. 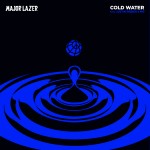