Update: Billboard has made the news official. DJ Khaled’s “Major Key” debuts at #1 on the Top Album Sales and Billboard 200 charts.

According to Billboard, it tops the former chart thanks to an opening week US album sales total of 59,000. Its Billboard 200 #1 position is attributable to a first-week consumption total of 95,000 units — the unit total is the sum of pure album sales, track sales/10 and track streams/1500.

In starting at #1, “Major Key” dethrones Drake’s “Views” from atop the consumption chart. “Views” had spent twelve of the previous thirteen weeks at #1. Courtesy a consumption total of 80,000, it ranks as this week’s #2 album.

DJ Khaled’s “Major Key” predictably — and comfortably — won the weekly US album sales race. The album also appears to have generated the greatest amount of weekly consumption, meaning it will seize the Billboard 200 throne from Drake’s “Views.”

In its fourteen weeks of release, this will be only the second time “Views” missed #1 on the chart.

According to Hits Daily Double, “Major Key” sold approximately 59,345 pure US copies during the official tracking week. The inclusion of TEA (track sales/10) and SEA (track streams/1500) yields a consumption total of ~96,368 units.

Due Sunday, Billboard’s more authoritative data will differ from that reported by Hits. The discrepancies should not, however, change the overall conclusion: “Major Key” will be #1 on Top Album Sales and the Billboard 200. 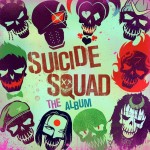