Earlier this week, we identified singles by Ed Sheeran, Elle King, Meghan Trainor, Taylor Swift, and DJ Snake & AlunaGeorge as songs #16-20 on our list. We continued by positioning songs by The Weeknd, Adele, Selena Gomez, Fall Out Boy, and Tove Lo in slots #11-15.

As a reminder, eligible songs must have first charted at pop radio in 2015 — and must have reached the Top 20 on a weekly Mediabase pop radio airplay chart.

The best of those eligible songs are as follows: 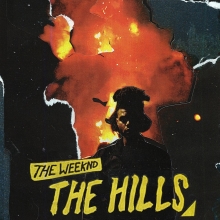 The infectious “Can’t Feel My Face” was proof that The Weeknd could dominate pop radio airwaves.

The utterly sublime “The Hills” was an example of how The Weeknd should dominate pop radio airwaves.

Darker, grittier, more creative and truer to The Weeknd’s persona than “Can’t Feel My Face,” the song was also catchier and more memorable. That coveted combination — radio-friendly and real — is the framework on which superb pop hits are made. 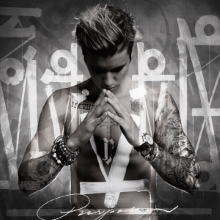 The song, a standout from Justin Bieber’s excellent “Purpose,” is the proof of what happens when collaborators complement each other instead of clashing or even compromising.

“Love Yourself” blends the endearing melodic and sonic sensibilities of Ed Sheeran with a lyrical sentiment unabashedly belonging to Justin Bieber. Bieber contributes a sincere, commanding vocal performance, while Benny Blanco’s production gives the song punch without sacrificing its intimacy.

The result is a track that is dramatically greater than the sum of its parts. 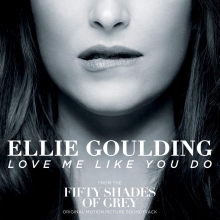 Already a brilliantly written, expertly produced song (courtesy a dream team that included Max Martin and Tove Lo), “Love Me Like You Do” became transcendental thanks to Ellie Goulding’s voice.

Subtle and nuanced enough to capture the low-key seduction of the verses yet powerful enough to handle the rousing crescendo, Goulding’s heavenly vocal performance may have been mainstream music’s most effective in 2015.

Big and dramatic without being bombastic and hollow, “Love Me Like You Do” is the blueprint for a memorable, successful pop epic. 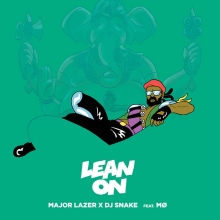 Not a soul should have been surprised when Major Lazer & DJ Snake’s “Lean On (featuring MØ)” set the Spotify streaming record. In 2015, there was doubtfully a single mainstream party playlist that did not feature this song.

“Lean On” is an absurdly brilliant piece of EDM-pop. A masterclass in production, the song presents every single moment as something truly special. The entire song is essentially a hook, which registers “Lean On” as one of the most memorable, enjoyable and downright excellent hits of the year.

While Major Lazer and DJ Snake deserve substantial credit for the innovative and addicting dance elements (including that iconic breakdown), one would be making a huge mistake not to acknowledge MØ’s captivating vocal showing. Quirky, yet accessible, MØ’s voice shines throughout the entire effort, resulting in a song that it as compelling from a vocal standpoint as it is from a production one.

Given her disappointing showing on “SNL” and her failure to command the chorus the way Charli XCX did on “Fancy,” MØ served as an easy scapegoat when Iggy Azalea’s “Beg For It” hit a brick wall. With “Lean On,” MØ more than vindicates herself — she establishes herself as a lead vocalist who deserves the entire music world’s attention.

Major Lazer and DJ Snake, meanwhile, not only reassert their talent but put to bed any notion that the producer/DJ-singer combination is passe. 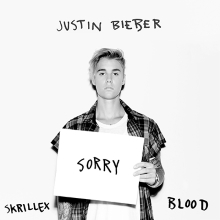 There are some songs that are impossible to hate.

Justin Bieber’s “Sorry” is a song that is impossible not to love.

Simultaneously the most self-aware and self-assured performance of Bieber’s career, “Sorry” jointly appeals to Bieber skeptics and longtime “Beliebers.” He makes himself vulnerable without sacrificing his confidence, and in the process establishes himself as pop’s top male act.

The effort is greatly amplified by brilliant work from producers Skrillex and Blood, both of whom collaborated with Bieber on other 2015 tracks. The production gives the song a relentlessly energetic, credible dance vibe without coming across as self-indulgent or domineering.

Mindful and accepting that Justin Bieber and his message are the stars of the song, the production makes no attempt to overshadow. Instead, it allows the stars to shine brighter.