Over the past two days, we have revealed songs #11-20 on our countdown. Singles by Ed Sheeran, Elle King, Meghan Trainor, Taylor Swift, and DJ Snake & AlunaGeorge populated the back half, while pop releases from The Weeknd, Adele, Selena Gomez, Fall Out Boy, and Tove Lo earned Top 15 positions.

It is time to reveal the next five songs on our list.

As a reminder, eligible songs must have first charted at pop in 2015.  They must have also peaked inside the Top 20 on Mediabase’s pop radio airplay chart. 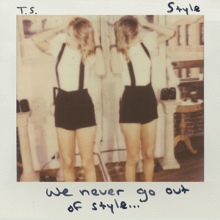 While its Hot 100 performance was bottlenecked by its absence from streaming sites and a weak, ill-fitting music video, Taylor Swift’s “Style” was a chart-topper at pop radio.

With good reason. The infectious pop song is the Taylor Swift-Max Martin collaboration at its finest: an irresistible pop jam featuring a sincere vocal performance, articulate lyrics, taut instrumentation, and one of the year’s best choruses.

#9: Skrillex & Diplo with Justin Bieber – Where Are Ü Now 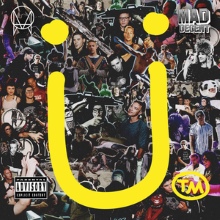 All of 2015 served as a revival for Justin Bieber, but two events deserve particular credit for driving his comeback.

One is his first “Carpool Karaoke” segment on CBS’ “The Late Late Show With James Corden.” The musician came across as funny and likable, putting to bed many negative perceptions regarding his personality.

The other is “Where Are U Now,” his collaboration with Skrillex and Diplo (Jack Ü).

An excellent piece of dance-pop, “Where Are U Now” blends an alluring, emotional Bieber vocal performance with intoxicating production. Everything – from the lyrics, to the tribal dance elements, to the manipulation of Bieber’s vocal track (“I need you” easily ranks as one of 2015’s most memorable sounds) – resonates.

Bieber would later release two stronger pop singles (one of which also features production from Skrillex). But if “Where Are U Now” had not established Bieber as a credible force in music, the world may not have embraced those singles as warmly as it did. 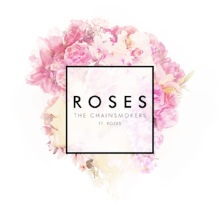 Combine an utterly captivating vocal performance with some truly magnificent dance-pop production, and you have a song that can erase any lingering ill-will over “#SELFIE.”

In The Chainsmokers’ “Roses (featuring Rozes),” you also have one of the best pop hits of the year.

The key to the song’s excellence is its refusal to indulge in any shortcuts. It recognizes that being “good enough” is not, in fact, enough.

Helpful, too, is the fact that the core composition is outstanding. Whereas many EDM-pop hits are good pop songs made great by virtue of the dance elements, “Roses” is a great pop song made excellent by virtue of its production.

While Jason Derulo’s gimmicky releases often miss the mark, his straightforward pop singles are consistently strong. “Want To Want Me” is perhaps the best of those pop singles.

His vocal work on the verses may evoke previous eras, but make no mistake: this is no throwback song. It is a modern — and glorious — pop production, fueled by a captivating lead performance and a soaring chorus. 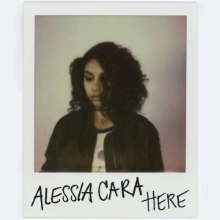 Alessia Cara fits perfectly into this era of the girl-next-door. She may not wear flashy stage outfits, double as a bikini model or memorize elaborate (yet hollow) choreography, but she is a quirky, charming, genuine, “normal” 19-year-old-girl.

One who is also a fantastic singer and a tremendously eloquent songwriter.

“Here,” however, is about more than Cara’s relatability as a person. Its true brilliance — and true impact — comes from the accessibility and relatability of its message.

Over the course of 3 minutes and 19 seconds, Cara perfectly captures the feeling of being out of place at a party.

With vivid lyrics that convey palpable emotion (and frustration), Cara’s stream of consciousness tale enables listeners to perfectly visualize — and meaningfully relate to — her circumstance.

In a genre — and, really, in a society — that glamorizes parties and the lavish lifestyle, Cara’s immensely soulful, incredibly engaging tune advocates for those more entertained by a low-key night with one’s close friends.

In doing so, she establishes herself as one of the pop genre’s most interesting and uniquely relatable new stars.

Stay tuned for the final part of Headline Planet’s Best Pop Hits of 2015!