Janet Jackson’s first studio album since 2008 is on pace to easily win the weekly sales race.

Based on opening day sales data, Hits Daily Double projects “Unbreakable” will sell 90-105,000 pure copies during the October 2-8 tracking week. That should give it the comfortable edge on next week’s Billboard Top Album Sales chart.

Hits forecasts the album will receive a 3,000 boost from TEA and SEA, thus bringing its projected consumption total to 93-108,000 total units.

— In terms of new releases, the week’s next-highest-charting album will likely be Tamar Braxton’s “Calling All Lovers.” It is on track for a pure sales total of 38-43,000 and a consumption total of 42-47,000 units. 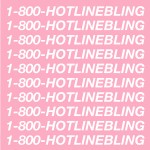