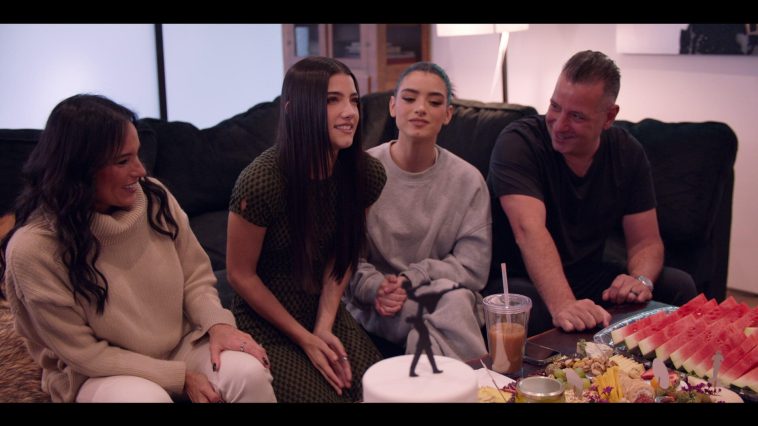 The D'Amelio Show -- "The Time of My Life" - Episode 202 -- Dixie finally gets the spotlight on the Jingle Ball tour. Charli also makes a move to center stage, as she recreates an iconic dance number with Derek and Julianne Hough. Dixie reveals the truth about her relationship with Noah to Marc and Heidi. Heidi, Marc, Dixie and Charli, shown. (Photo courtesy of Hulu)

With season two of Hulu’s “The D’Amelio Show” getting underway, the family members behind the series will make a noteworthy promotional stop.

According to new listings, Charli, Dixie, Heidi, and Marc D’Amelio will appear on the October 5 “Drew Barrymore Show.”

In addition to the Hulu series, the appearance coincides with Charli and Heidi’s run on Disney+’s “Dancing With The Stars.”

The episode will also feature a new edition of “Drew’s News,” as well as a design segment with Mikel Welch.

Other upcoming “Drew Barrymore Show” listings are as follows: