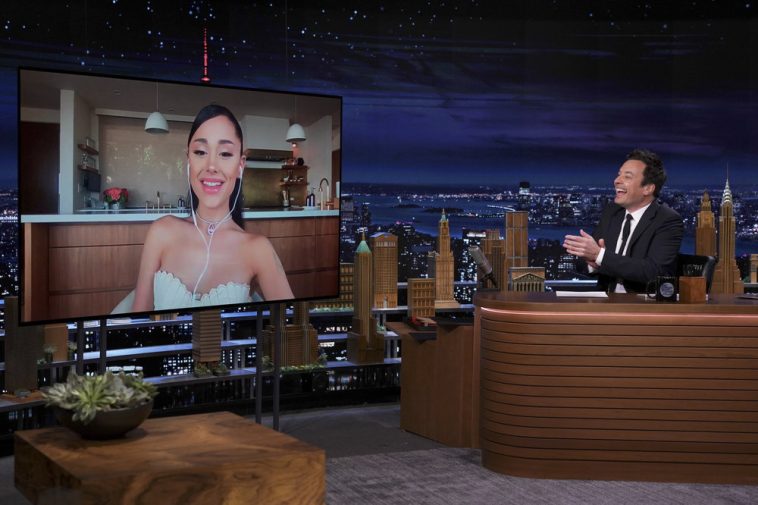 As “The Voice” prepares to enter its live competition phase, coach Ariana Grande makes an appearance on “The Tonight Show Starring Jimmy Fallon.”

The pop superstar, who is the episode’s lead guest, appears via remote video on Thursday’s edition of the flagship NBC talk show.

Thursday’s episode also features an in-studio interview with Adrien Brody, as well as a performance by Blxst and Ty Dolla $ign.

The episode will not be the only November interaction between Grande and Fallon. She and her fellow “Voice” coaches will be appearing on a special sneak preview of Fallon’s new “That’s My Jam” series on Monday, November 29.

As for “Fallon,” the episode will air at 11:35PM ET/PT on NBC. First-look photos follow: