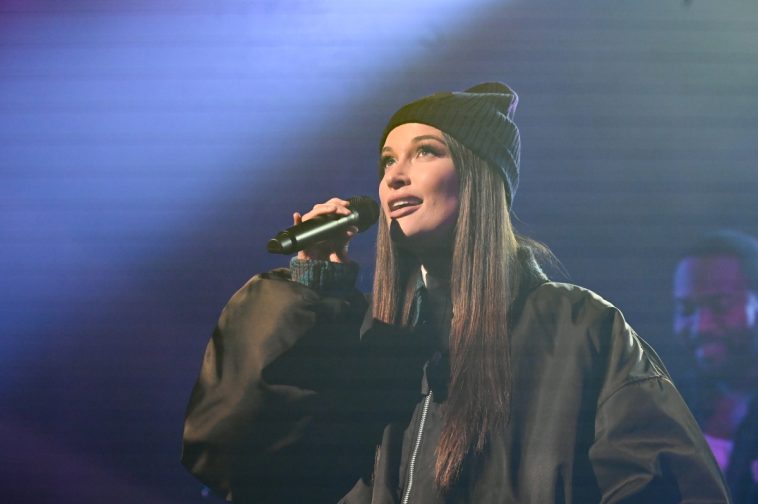 In mid-September, Kacey Musgraves appeared as an interview guest on “The Late Show With Stephen Colbert.”

Monday night, she returns to the program in a different capacity. The Grammy winner takes the stage for a musical performance.

Sure to prove resonant, the performance is a few weeks removed from Musgraves’ musical showcase on “Saturday Night Live.”

Filmed in advance, Monday’s “Colbert” also features an interview with Adam Schiff. The broadcast will air at 11:35PM ET/PT on CBS, and Musgraves’ performance should start at around the 12:25 mark.

Ahead of the airing, CBS shared photos from the taping: