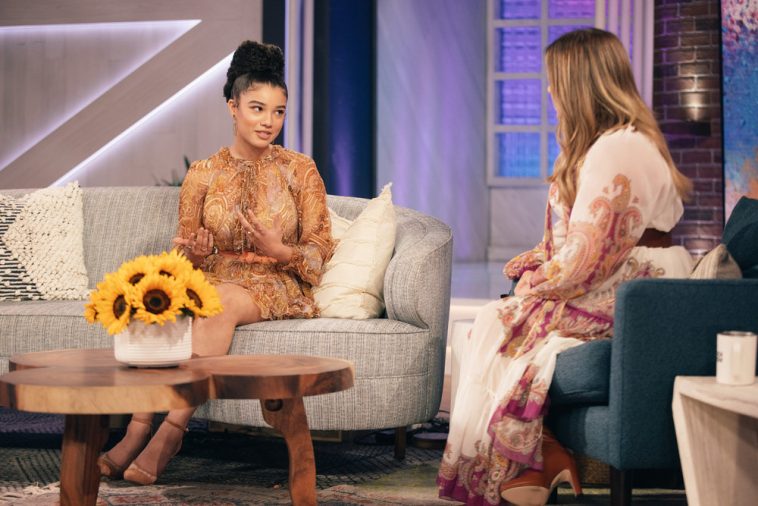 To support the new season of Netflix’s “The Baby-Sitters Club,” star Malia Baker drops by “The Kelly Clarkson Show.”

Making her first-ever in-person talk show appearance, Baker appears on Wednesday’s edition of the popular daytime talk show. In addition to a solo interview with the titular host, Baker appears in segments alongside fellow guests Hasan Minhaj and Mariachi Bonitas.

Other highlights from Wednesday’s “Kelly” include a chat with Jamie Lee Curtis, a performance by Natalie Hemby, and a Kelly-Oke rendition of “Mama Said.”

Filmed in advance, the episode will air Wednesday afternoon. Teaser videos and photos from the taping are already available below: