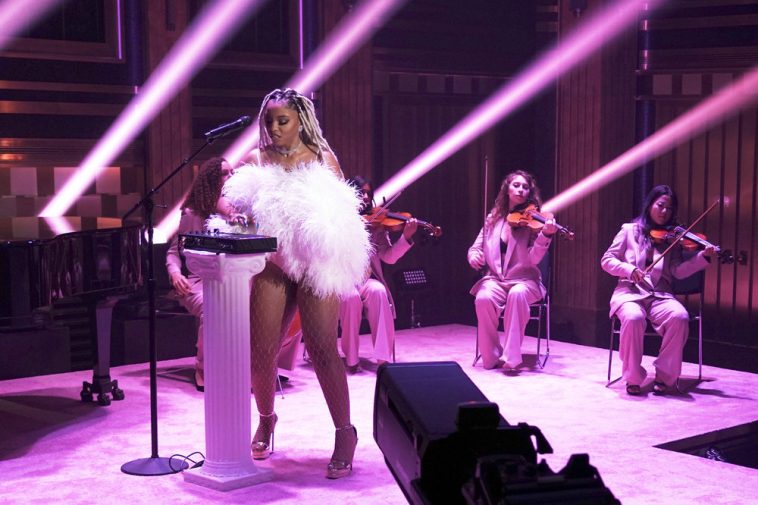 The performance finds Chlöe delivering a compelling take on her buzzy debut solo single “Have Mercy.”

Chloe Bailey, who performs under the name Chlöe, performs from inside the “Tonight Show” studio. The Chloe x Halle member has been making waves with her solo single “Have Mercy,” and her recent MTV Video Music Awards performance generated considerable buzz. The “Fallon” performance should also garner ample attention.

Filmed in advance, Tuesday’s “Fallon” also features an in-person interview with Daniel Craig, a remote chat with Meghan Trainor, and a segment between Fallon and Chris Stapleton.

The episode will air at 11:35PM ET/PT on NBC, and the Chlöe performance should start at around 12:25AM.