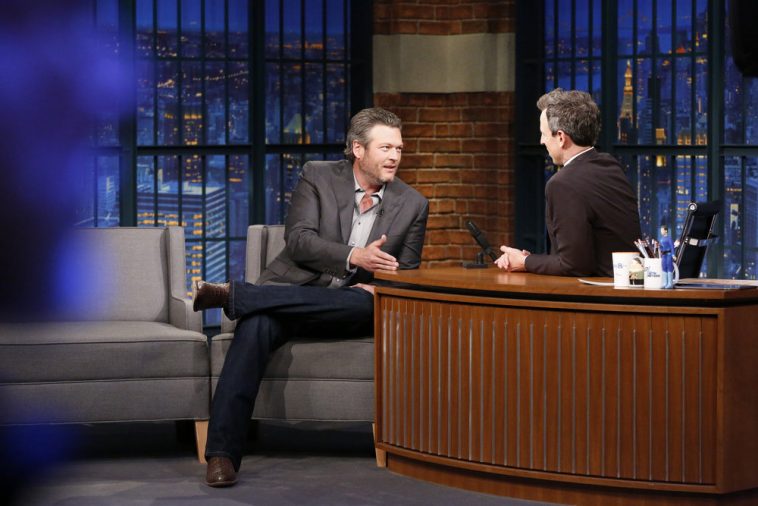 “The Voice” coach and country superstar Blake Shelton has booked his next talk show appearance.

According to NBC, Shelton will appear as the lead guest on the October 6 edition of “Late Night With Seth Meyers.”

That night’s episode will additionally feature a chat with Brett Goldstein, the Emmy-winning star of “Ted Lasso.” Cuco will then close the show with a performance of “Under The Sun.”

Friday, October 1: Guests Amy Adams (Dear Evan Hansen), Lee Daniels (Our Kind of People) and musical guest girl in red (Performance: “I’ll Call You Mine,” Album: if i could make it go quiet). Andē sits-in with the 8G Band. (OAD 9/20/21)

Monday, October 4: Guest David Chase (The Many Saints of Newark). Barrett Martin sits-in with the 8G Band. Show 1202A.