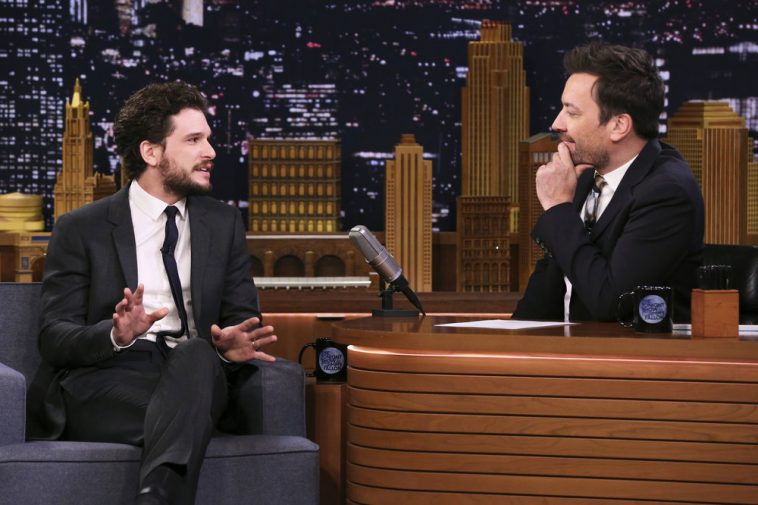 NBC initially announced Andrea Bocelli as a musical guest, before later announcing Normani as the performer. The network then removed Normani from the listing, instead confirming Jean Hanff Korelitz as a third interview guest.

There may be yet another change coming, however, as the official “Tonight Show” website now lists Korelitz as a guest for Wednesday’s episode and Duran Duran as the new musical performer for August 12.
====

There is, however, a discrepancy regarding the planned musical guest. The official website lists Andrea Bocelli as the performer, but new press listings are advertising Normani for the performance.
====

Kit Harington, who last visited “The Tonight Show Starring Jimmy Fallon” in April 2019, has booked his next appearance on the late-night talk show.

According to NBC, the “Game Of Thrones” alum and upcoming “Eternals” star will appear as the lead interview guest on the August 12 edition of “Fallon.”

The episode will also feature a chat with Miranda Cosgrove and a performance by Andrea Bocelli. Other upcoming listings, all of which are subject to change, follow: