The Nirvana cover, which appears prominently in the newly released “Black Widow” film, was up to #5 on the listing as of press time at 11:30PM ET Sunday evening. The song, moreover, retained its position on the alternative-specific sales chart.
====

As “Black Widow” tops the US box office with the best gross since the pre-COVID era, a song from the film is making waves on US iTunes.

Malia J’s version of “Smells Like Teen Spirit” quickly shot to #1 on the US iTunes Alternative Sales Chart, and it remains in the pinnacle position as of press time at 1:50PM ET Sunday.

The Nirvana cover has also been faring well on the all-genre listing; it sits at #10 as of press time.

After the track reached #1 on the alternative chart, Malia J shared an emotional reaction on her social media: 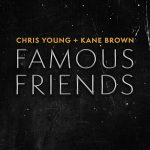