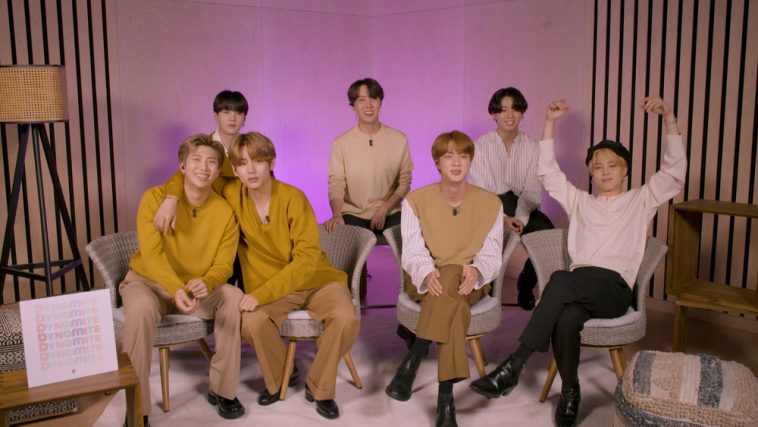 THE TONIGHT SHOW STARRING JIMMY FALLON -- Episode 1328A -- Pictured in this screengrab: Musical group BTS during an interview on September 30, 2020 -- (Photo by: NBC)

This coming Friday, BTS will release a CD single containing reigning #1 hit “Butter” and eagerly anticipated new song “Permission To Dance.” Next week, the group will support the project with a two-night stint on “The Tonight Show Starring Jimmy Fallon.”

According to NBC, BTS will first appear on the July 13 episode. That night’s appearance will include a chat with Jimmy, as well as a performance of “Permission To Dance.”

BTS will then play “Butter” on the July 14 edition of the popular talk show.

Per official listings, the July 13 episode will also feature a chat with Edgar Ramirez. Don Cheadle and Cecily Strong will be the interview guests on July 14.

BTS last performed on “The Tonight Show” during “BTS Week” in the fall of 2020. At the time, the group was celebrating the success of #1 hit “Dynamite” — and gearing up to release the album “BE.”