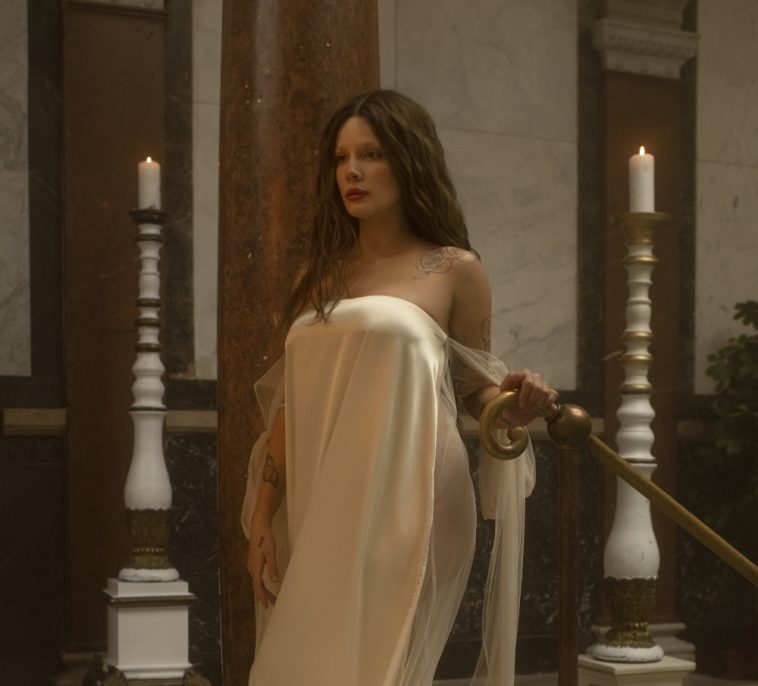 Going into Wednesday, anticipation was already high for Halsey’s new album “If I Can’t Have Love, I Want Power.”

Wednesday, the singer-songwriter upped the stakes by sharing the cover art. Given her well-known visual flair, it should come as no surprise that the image is stunning.

“My body has belonged to the world in many different ways the past few years, and this image is my means of reclaiming my autonomy and establishing my pride and strength as a life force for my human being,” says Halsey in an Instagram caption about the cover. “This cover image celebrates pregnant and postpartum bodies as something beautiful, to be admired. We have a long way to go with eradicating the social stigma around bodies & breastfeeding. I hope this can be a step in the right direction!”

The cover reveal came during a noon YouTube stream, in which Halsey walked through the Metropolitan Museum of Art before arriving at the official cover photo. In a press release on the matter, Capitol also shared a new promotional/publicity photo for the campaign. Both images appear below.

Halsey wrote all the tracks on the new album, which she recorded with Trent Reznor and Atticus Ross. It arrives on Friday, August 27.

Representing Halsey’s fourth full-length album, “If I Can’t Have Love” is a virtual lock to perform well on the Billboard 200. The question, of course, will be whether it can follow “hopeless fountain kingdom” as her second #1 album.

If I Can’t Have Love, I Want Power

halseyif i can't have love i want power