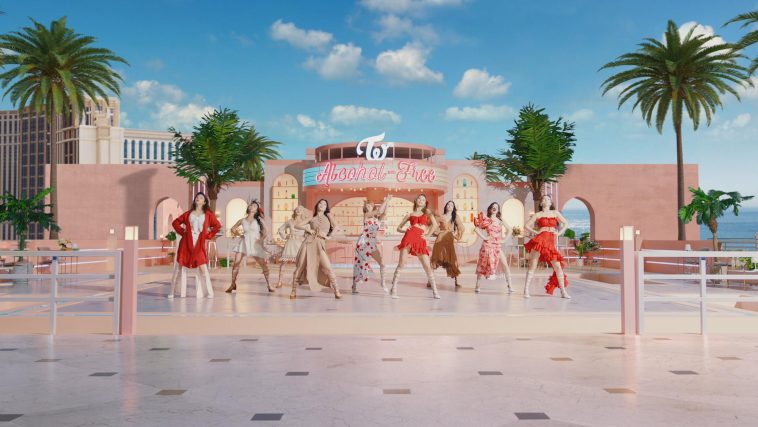 Update: Wednesday’s edition of “The Ellen DeGeneres Show” features a performance by TWICE.

The superstar group performs new single “Alcohol-Free” during the broadcast. The song, which appears on the group’s new mini-album “Taste Of Love,” launched earlier Wednesday morning.

Also featuring a chat with Kevin Nealon, Wednesday’s full “Ellen” episode will air on TV Wednesday afternoon. An early-release video of the TWICE performance, however, is already available below.

Images from the performance and a video from the Kevin Nealon interview also follow:

TWICE is launching new single “Alcohol-Free” with a promotional bang.

The superstar group will deliver a remote/video performance of the new single on Wednesday’s “Ellen DeGeneres Show.” Coming on the same day as the song’s release, the gig will also mark the group’s “Ellen” debut.

In addition to the TWICE performance, Wednesday’s “Ellen” will feature a chat with Kevin Nealon. The full episode will air on television in the afternoon (check local listings), but a video from the Kevin Nealon video is already available below. The TWICE performance may also be released prior to the official broadcast time; Headline Planet will share the clip if and when it launches.