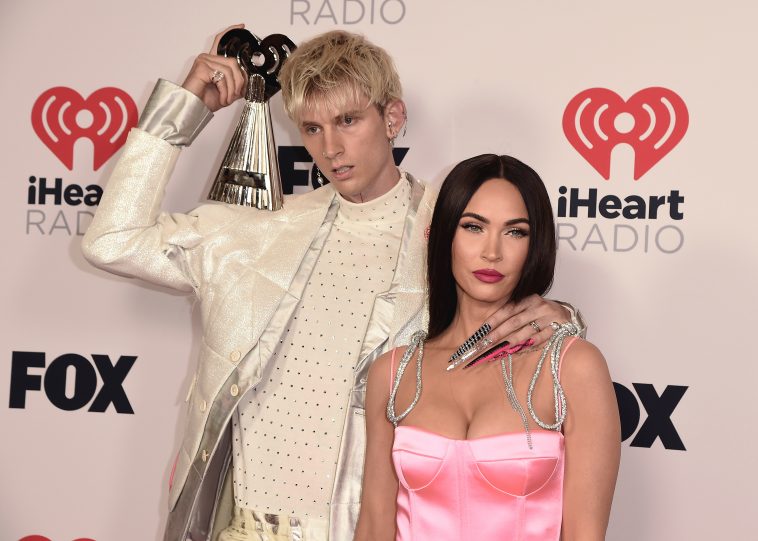 On the heels of winning trophies at the 2021 iHeartRadio Music Awards, several noteworthy artists posed for photos in the official press room.

That list of artists included Machine Gun Kelly (accompanied by his actress girlfriend Megan Fox), Doja Cat, twenty one pilots, and Megan Thee Stallion. Each claimed at least one trophy during the ceremony, which aired at 8PM ET on FOX.

Usher hosted the event, which featured a special tribute to Icon Award winner Elton John. The iconic entertainer was on-hand for the celebration — and also made his presence felt in the aforementioned press room (with husband David Furnish).

As with the Billboard Music Awards, The Weeknd fared particularly well at the show. His key wins included Male Artist of the Year and Song of the Year (for “Blinding Lights”). The artist was on-hand to accept — and to perform “Save Your Tears” with Ariana Grande — but press room photos were not available at press time.