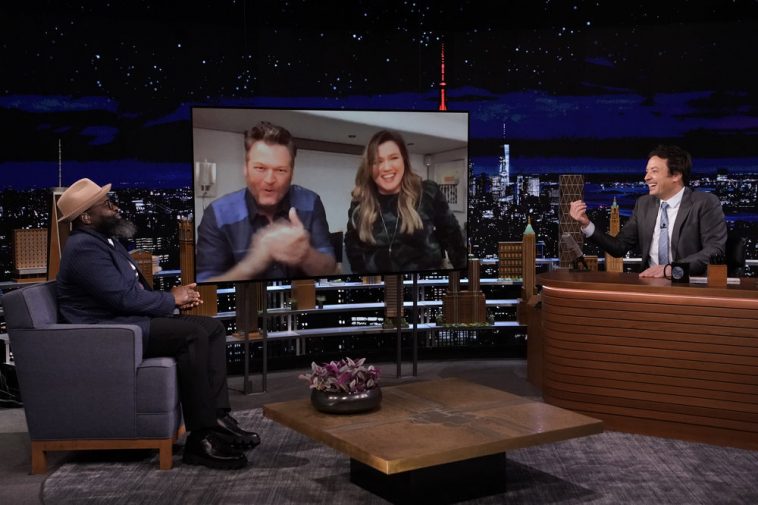 Blake Shelton will be releasing his new album “Body Language” this coming Friday, May 21. He will also be part of next week’s season finale of “The Voice.”

In support of his projects, the country superstar appears on Wednesday’s edition of “The Tonight Show Starring Jimmy Fallon.”

A remote guest, Shelton chats with Jimmy Fallon as part of the appearance. He and fellow “The Voice” coach Kelly Clarkson also join Fallon and Black Thought for a “Jinx Challenge.”

Shelton will also be appearing for a performance on this coming Monday’s episode of the show.

As for Wednesday’s episode, the broadcast will also feature an in-person interview with Fran Lebowitz and a remote video performance from Regard, Troye Sivan, and Tate McRae.