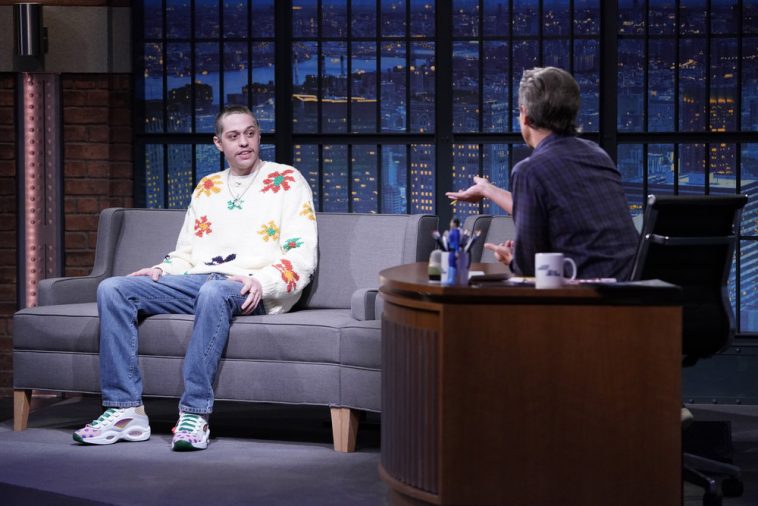 LATE NIGHT WITH SETH MEYERS -- Episode 1140A -- Pictured: (l-r) Actor/comedian Pete Davidson during an interview with host Seth Meyers on May 4, 2021 -- (Photo by: Lloyd Bishop/NBC)

After more than a year of mostly relying on virtual interviews, talk shows are finally beginning to welcome more in-studio guests.

The guests each have interviews with host Seth Meyers during the broadcast. Said broadcast also features a virtual interview with George Saunders

Filmed in advance, the episode will begin airing at 12:35AM ET/PT on NBC. Headline Planet will share video highlights upon availability.

In the meantime, photos from the in-studio taping are available.