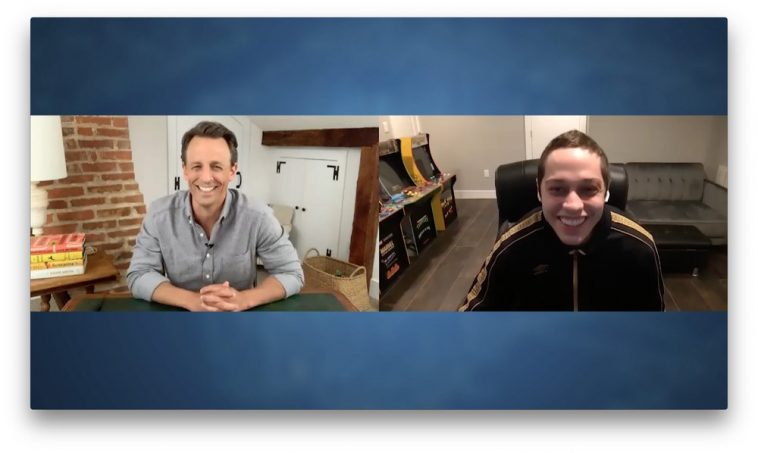 Earlier this month, Pete Davidson appeared on “The Tonight Show Starring Jimmy Fallon.” Early next month, he will appear on one of NBC’s other late-night talk shows.

NBC confirms Davidson for the May 4 edition of “Late Night With Seth Meyers.” Davidson will appear as the episode’s lead interview guest.

According to the listing, Davidson will be appearing on behalf of the new “Hit Job” podcast series. “Saturday Night Live,” of course, is always a potential discussion topic with Davidson (especially given Meyers’ past work with the show).

The May 4 “Late Night” will also feature interviews with Jodie Turner-Smith and George Saunders. Mario Duplantier will be sitting in with The 8G Band.