Thanks to Joss Stone’s performance on the UK version of “The Masked Singer” (as The Sausage) and Christian Shelton’s cover for the Indeed Super Bowl ad, Andra Day’s enduring “Rise Up” has made yet another return to the limelight.

Benefiting from the renewed buzz and an iTunes pricing discount, “Rise Up” has soared to the top of the US iTunes song sales chart.

“Rise Up” holds the #1 position as of press time at 2AM ET Tuesday morning. The song first made the iTunes chart in the summer of 2015 and has continued to resurface just about any time it has received some form of exposure. It enjoyed a particularly strong run on the chart in the spring of 2020.

Essentially a modern standard, “Rise Up” often receives exposure in the form of TV syncs and competition series performances. Despite its ubiquity, it has never made the overall Billboard Hot 100. 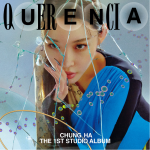