With pressure and judgment coming from so many different directions, it is easy for an artist to lose their identity. It is easy to mold oneself to meet a certain expectation or fulfill part of a strategic plan.

Like many young entertainers, particularly those in the world of pop music, Madison Beer faced this pressure.

Like a true artist, she is not succumbing to these outside forces. She is not letting the outside world define her artistic approach. Instead, she is using her debut album “Life Support” to make a resounding statement about who she is, how she feels, and what kind of artist she wants to be.

Beer shares this perspective in the new “Dreams Look Different In The Distance” short film, which launched as part of her Vevo LIFT campaign.

“When I put this album out into the world, it will be my way of taking my story back into my own hands and saying ‘this is what I want to be recognized for,'” says Beer in the 5:46 film. “But I’ve also realized the right people and the right audience will always see me for who I am.”

“My music shifted once I realized that all the parts of myself I’d been taught to censor my entire life were what was missing in my art,” adds Beer. “Before, I was singing songs that felt nothing like me. Songs anyone could have written. Ironically, when I started creating for myself, that’s when it started resonating most deeply with my audience.”

Indeed, Beer’s gamechanging 2020 single “Selfish” became her fastest to reach gold status in the United States despite an absence of traditional promotional support. It compensated for its lack of radio play with an abundance of identity and emotional honesty.

The key, however, is that they collectively represent an unfiltered look into an artist who has made the most profound artistic discovery possible: an entertainer’s impact is never more meaningful than when it comes from a place of honesty. 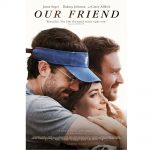