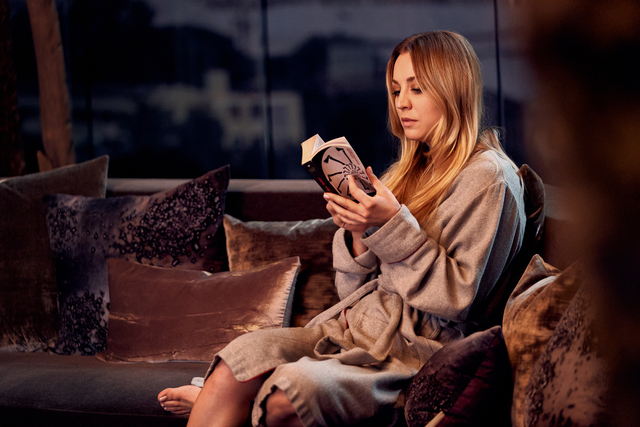 One day after releasing the show’s season finale, HBO Max has ordered a new season of “The Flight Attendant.”

The news is thoroughly unsurprising. Although HBO Max has not shared specific viewership numbers, all indications are that “The Flight Attendant” performed very well on the platform. As part of Friday’s renewal announcement, the streaming platform noted that “The Flight Attendant” was the #1 HBO Max series during its run. It also enjoyed week-over-week viewership growth.

Though it made some creative departures, the first season of “The Flight Attendant” was based on the book of the same name. The second season will find Kaley Cuoco’s Cassie Bowden in a “new adventure.”

Thursday’s finale did hint at a future direction for Cassie, while also keeping some other characters’ journeys open-ended.

“To say that I am elated would be an understatement! The positive response to our show has surpassed all of our expectations and I’m so proud of the entire team behind its success,” said executive producer and star Kaley Cuoco. “I’m thrilled to continue my partnership with Team Berlanti, Steve Yockey, HBO Max and of course my beloved studio, Warner Bros. I have amazing partners in Suzanne McCormack and Mackenzie Shade at Yes, Norman Prods., where we are committed to delivering diverse and quality entertainment, including an exciting (and probably a little crazy) TFA season 2!!”