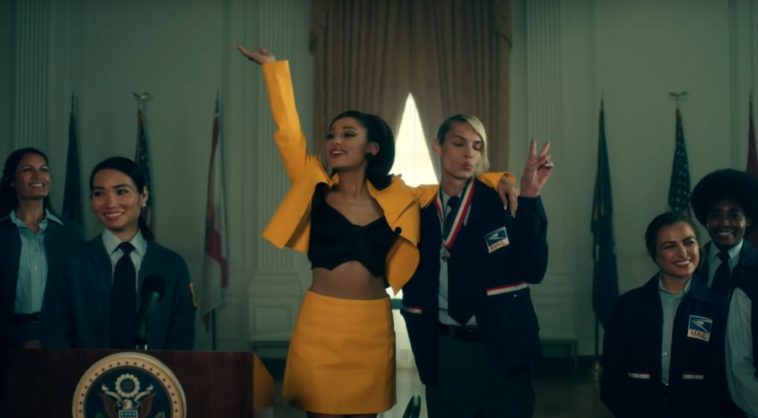 Ariana Grande is closing in another pop radio #1.

The superstar’s “positions” is approaching the top of the Mediabase pop radio airplay chart. Based on its current trajectory, it could get there as soon as this week.

“Positions” received 13,032 spins during the first five days of the December 13-19 tracking period. The count, which tops the same-time-last-week mark by 10%, slots “positions” at #2 on Mediabase’s building/real-time chart.

24kGoldn’s “Mood (featuring iann dior)” still holds a narrow lead with 13,103. The key, however, is that “positions” is on a much more favorable trajectory. Whereas the Ariana Grande song is up 10% from last week’s mark, “Mood” is down 2.5%. If the two songs remain on those paces through the close of tracking, “positions” will pull ahead.

And even if it comes up short this week , “positions” will be a virtual lock to reach #1 next week.