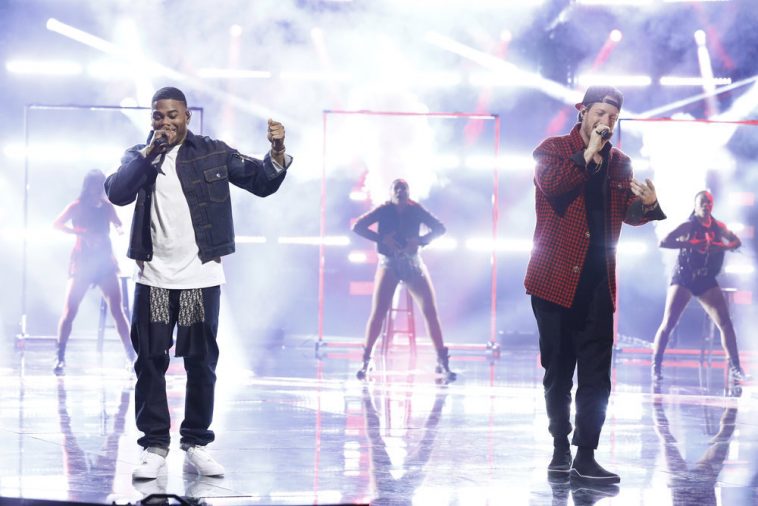 In the immediate aftermath of the performance, the song began flying up the US iTunes sales chart. Shortly after the broadcast concluded, it was #1 on the listing.

“Lil Bit,” which formally credits Nelly and FGL as lead artists, remains atop the all-genre chart as of press time at 2:45AM ET Wednesday morning.

“Lil Bit” is one of five “The Voice” performances presently in the Top 10.

Lauren Daigle’s “You Say” is currently #3 on the chart, while Lewis Capaldi’s “Before You Go” is #5. Keith Urban & Pink’s “One Too Many” follows at #6, and Dan + Shay’s “Take Me Home For Christmas” follows occupies the #9 slot.

Contestants from the show would typically be charting as well, but their show recordings were exclusive to YouTube Music this season.