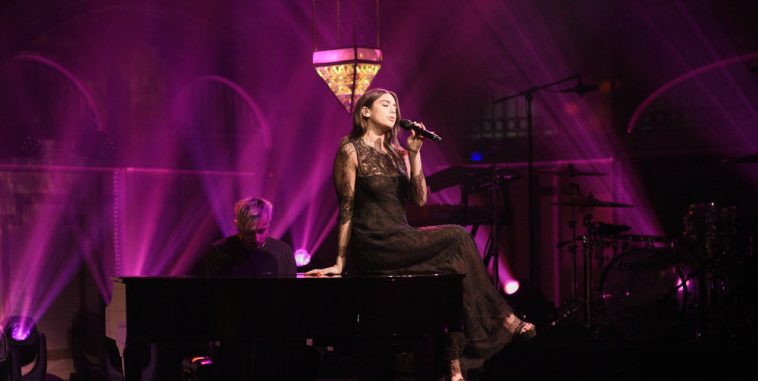 Dua Lipa on SNL | Will Heath/NBC

Off since November 7, NBC’s “Saturday Night Live” will return with an original installment on December 5.

The episode will feature Jason Bateman as host. Morgan Wallen will perform as musical guest.

Wallen was originally set to perform on the October 10 episode, but the appearance was postponed after video surfaced of the country superstar engaging in non-socially distanced partying.

The December 19 episode, which will be the final original installment of 2020, will feature host Kristen Wiig and musical guest Dua Lipa.