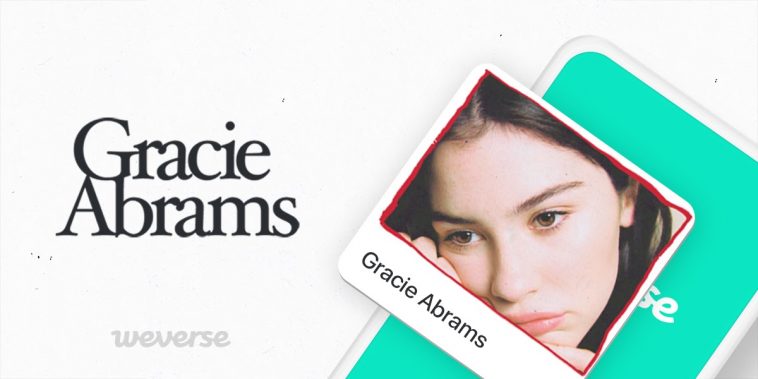 As her profile continues to grow, singer-songwriter Gracie Abrams will begin connecting with fans on the Weverse platform.

Abrams officially opened her Weverse fan community on November 25, becoming the first American artist to launch on the platform. Abrams’ arrival marks the start of a new expansion for Weverse, which previously focused on South Korean artists. Interscope Geffen A&M labelmates Alexander 23 and YUNGBLUD will launch their communities soon.

According to an official Big Hit Entertainment press release, there are also plans for “additional global recording artists from Universal Music Group” to join the platform in the future.

“The new affiliation with Gracie Abrams, Alexander 23 and YUNGBLUD are the first of many new partnerships with artists from around the world as Weverse continues to quickly establish itself as a global platform designed for an all-encompassing global fan experience,” says an official press release. “The platform already services more than 200 countries and regions around the world and continuously adds improvements and innovative new features. These diverse functions and services are the source of the overwhelming positive response from international labels and artists.”

“With the launch of Gracie Abrams’ community, Weverse will simultaneously provide access to the artist’s music, music videos, and live performance videos through its comprehensive media tab,” notes the press release.