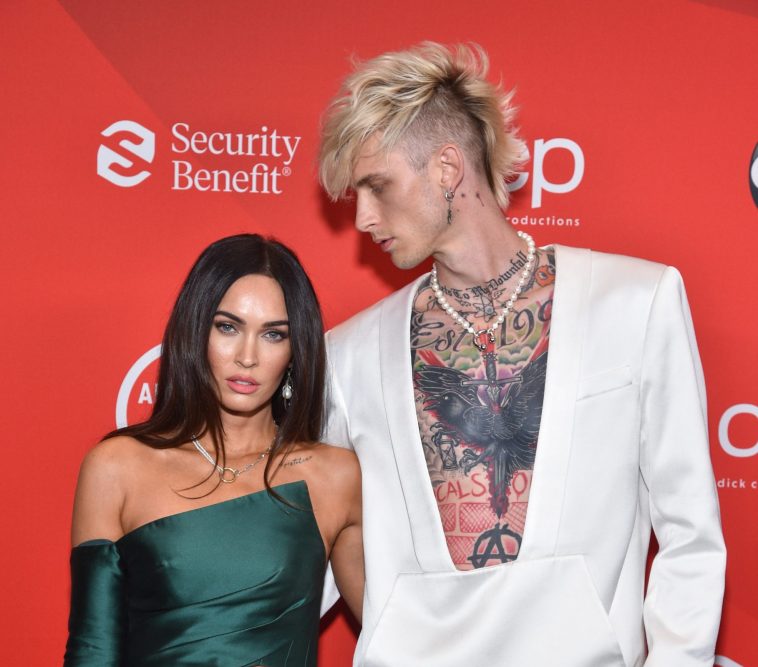 2020 may be an unusual year, but it will still feature an American Music Awards ceremony.

To be hosted by Taraji P. Henson, the ceremony will air at 8PM ET Sunday night. The special will feature numerous high-profile performers, one of whom is Machine Gun Kelly. The performance will mark MGK’s first time performing as part of the AMA event.

Ahead of the event, MGK posed for red carpet photos with his girlfriend Megan Fox, as well as his frequent collaborator Travis Barker. ABC, which is handling Sunday night’s broadcast, shared the photos with media.

The photos, made available to media via ABC/WDTV Press follow: