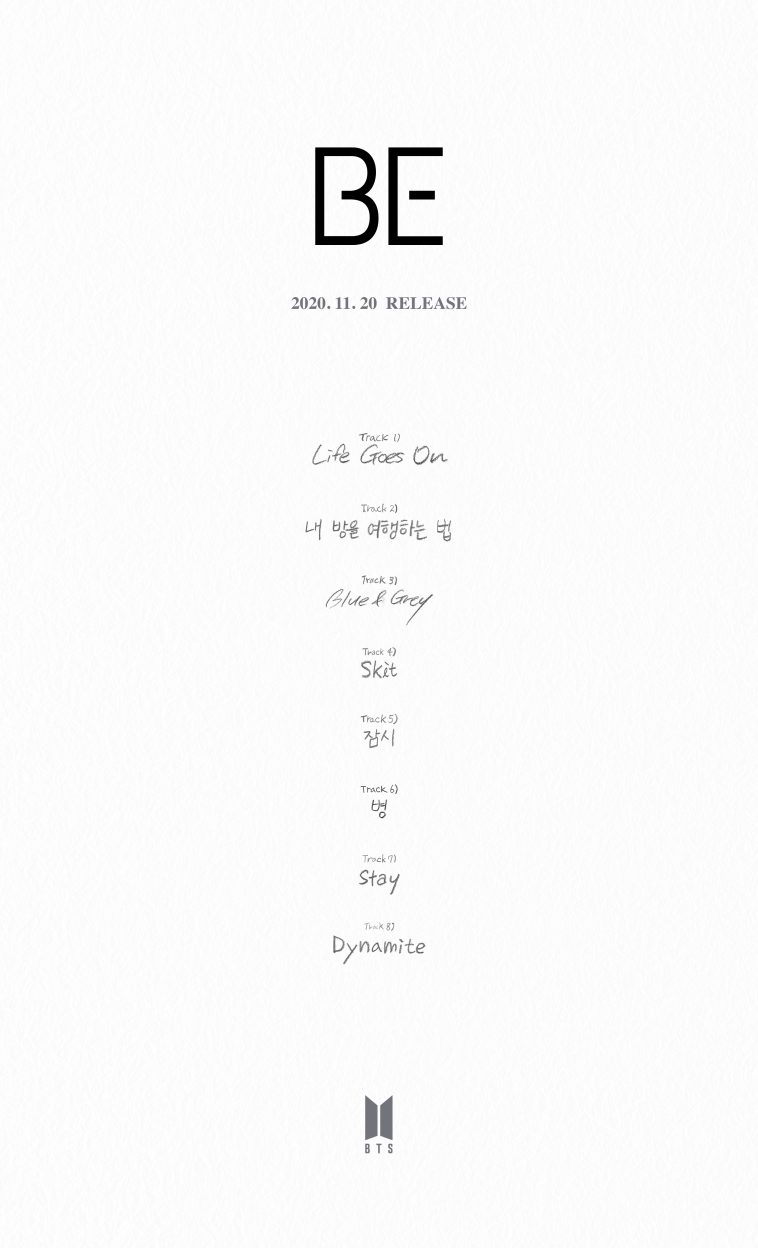 BTS’ new album “BE” will be arriving on November 20.

With just over twelve hours remaining until the launch, the superstar group and its Big Hit Entertainment team have shared details on the 8-track album.

In addition to the chart-topping, record-breaking pre-release single “Dynamite,” the album features the release-day focus single “Life Goes On.” According to the press release, the single is an “alternative hip-hop” song with “sentimental acoustic guitar sounds.” The lyrics offer an aura of comfort in the face of sudden disruption.

“Anyone who has been through 2020 can easily relate to this song delivered through BTS’ emotional voice,” says the press release.

“Blue & Grey” is a pop ballad with notable guitar sounds, while “Telepathy” brings “funky rhythm” to the table. “Dis-ease” is an old school hip-hop song, and “Skit” is the “the vivid record of the conversations they had when they first topped the Billboard Hot 100 chart.”

The band played its most significant role yet in the album creation process. “[BTS]assigned a PM (Project Manager) for each area and was fully engaged from the concept planning to the layout phase and visual aspects of the record,” notes Big Hit.

Not simply a window into their artistic visions, “BE” offers a reflection on the group members’ emotions throughout this unusual year.

“The album contains the band’s emotions and ruminations they had throughout this year, and the story of “us” continuing the existential journey,” says Big Hit. “That is also the reasoning behind the album’s title, BE, that stands for ‘to be’ or ‘existence’ and does not abide by any form.”