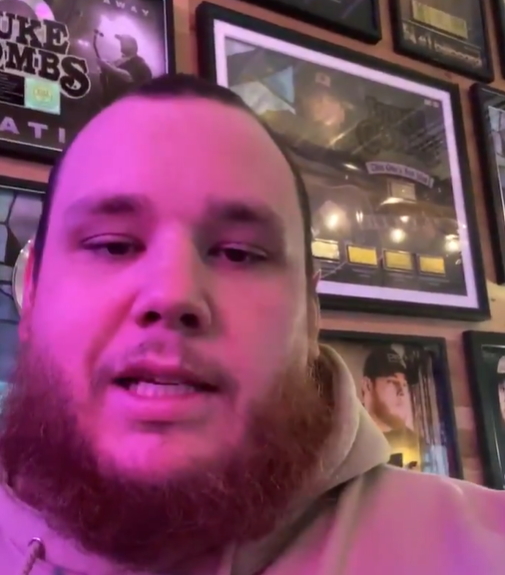 Billboard will not reveal the next Hot 100 number one until Monday, and the radio tracking period does not even end until Sunday. Based on available data, however, Luke Combs and his team recognize that “Forever After All” will not debut atop this week’s chart.

“I wanted y’all to hear it from me; we did not get the number one,” said Combs. “We came in second place, but that’s OK. I’m in great spirits – we tried real, real hard. I just wanted to thank you guys for everything that you did this week to try to make that happen for us. I’m still beyond proud, and beyond excited of the things that we accomplished this week. I just wanted to say thanks. You guys continue to amaze me and make me real proud to do what I do and make me want to strive to be better, and write better songs, and do better things for y’all. I just really appreciate it.

“I think everybody always wishes they could be number one, but that’s just the way life is sometimes, and that’s OK. I just want y’all to know that I love you. Everybody on my team appreciates you guys. The band, the crew, management team – everybody that works for me – really, really appreciates everything you guys do for us, and especially everything that you did for us this week. We did get the number one album in the world this week, which is a pretty incredible feat, we just didn’t get the number one song. And that’s alright. Thank you guys so much for everything you did. It was real fun. We’re going to do it again soon, I promise. Thank y’all.”

Although Combs did not identify this week’s top performer by name, all indications are that Ariana Grande’s “positions” will debut atop this week’s Billboard Hot 100. The two were in a well-documented chart battle throughout the week, with fans on both sides putting ample support behind their pick.

“Forever After All” outperformed the Ariana Grande song on platforms like iTunes and Apple Music, but “positions” fared better on Spotify and YouTube. “Positions” also enjoyed a massive opening week at radio; as a non-single, “Forever After All” did not even receive substantial airplay at the artist’s core country format.

Earlier this week, Combs posted a similarly candid video acknowledging the possibility that “Forever After All” could debut atop the Hot 100 — and asking fans to support where they could. Should it have happened, it would have been the first song to simultaneously debut atop the Billboard Hot Country Songs and all-genre Hot 100 charts.

As previously reported by Headline Planet, and addressed at the video, Combs’ “What You See Is What You Get” will return to #1 this week’s Billboard 200 album chart. The rebound comes thanks to the release of the deluxe “What You See Ain’t Always What You Get” edition, featuring tracks like the aforementioned “Forever After All.”