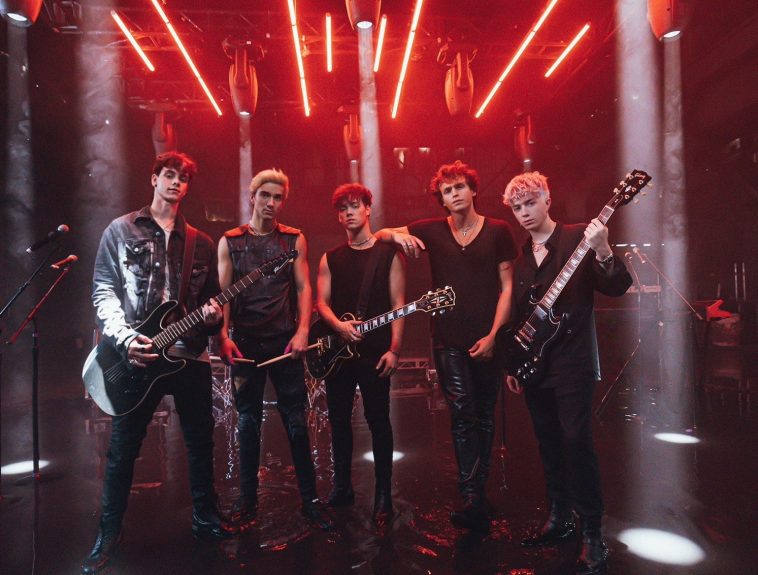 Why Don't We by Zack Caspary, press image courtesy of Atlantic Records

Over the past few years, pop group Why Don’t We has made an undeniable impact in numerous realms of the music industry. The group’s achievements include reaching #1 on the US iTunes sales chart and scoring multiple Top 40 radio hits.

They had not, however, previously earned a spot on the Billboard Hot 100 chart.

That changed this week, as the group’s “Fallin'” blasted onto the chart at #37. The song is coming off a strong opening week, in which it spent time atop the iTunes sales chart and made a major early impact at mainstream radio. The music video also captured ample interest.

In a Tweet celebrating the release, Why Don’t We revealed why the achievement is extra-special: it was the group’s first self-written and self-produced release. Indeed, members from the group have official writing credit on the track, while member Daniel Seavey shares production credit with famous mix engineer and producer Jaycen Joshua.

“Writing and co-producing our own music has been one of the most rewarding experiences for us,” explained member Corbyn Besson in a release-day press release. “In the past four years we’ve become confident enough to reinvent ourselves, becoming the band we always hoped to be.”

“It was time to do this ourselves,” added Seavey. “These are our ideas, melodies, and thoughts.”

this means so much more to us because it’s our first self written and produced release 😭 thank you guys so much for the love https://t.co/rOq5Grgr6X