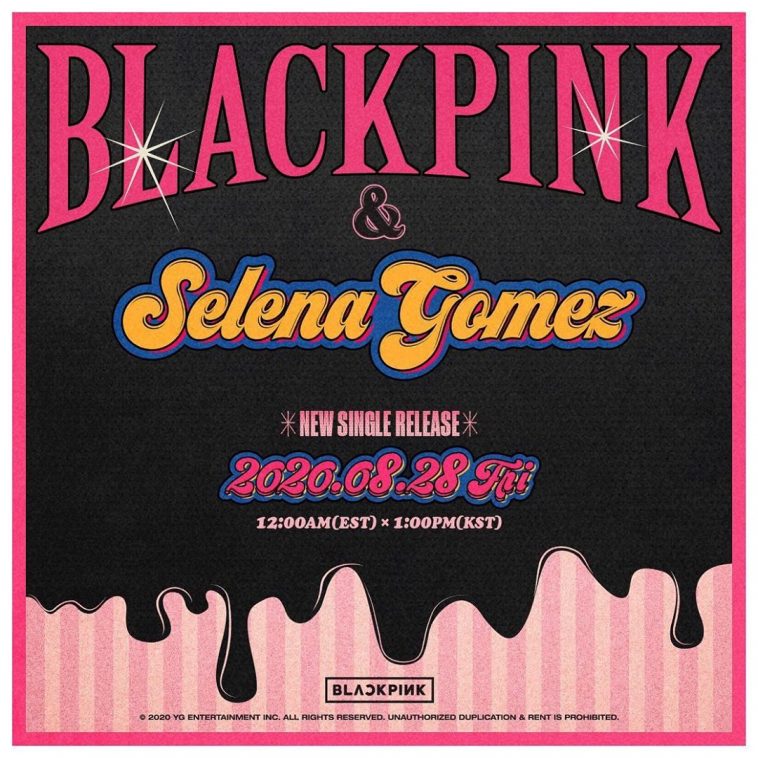 The music industry’s worst-kept secret is officially out: Selena Gomez is the surprise, collaborative artist on the new BLACKPINK single.

The artists jointly confirmed the news across their social media accounts Tuesday. Neither the artists nor labels YG Entertainment and Interscope had confirmed the collaboration prior to Tuesday, but media outlets began to report on Gomez’s rumored involvement earlier this summer.

No title has yet been announced, but the song will be released on August 28. The artists have confirmed a 1PM KT / 12AM ET release.

The collaboration will appear alongside the record-breaking “How You Like That” on BLACKPINK’s upcoming studio album, which is due October 2.