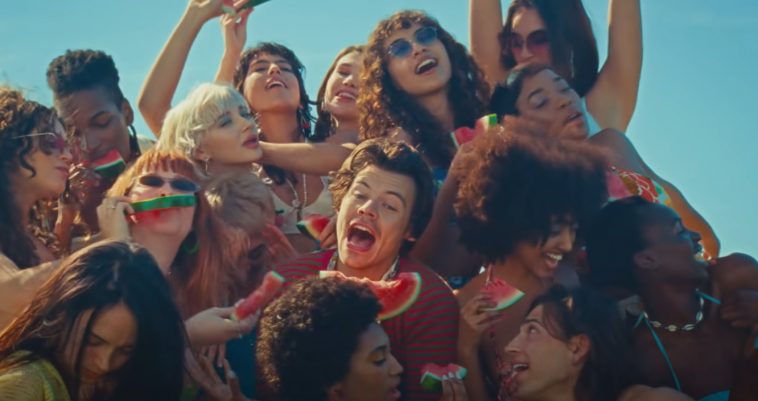 This past April, “Adore You” became Harry Styles’ first career #1 at pop radio.

This week, follow-up “Watermelon Sugar” becomes his second such chart-topper.

A bona fide smash, “Watermelon Sugar” is expected to spend multiple weeks atop the chart. It is still fairly new to the format, posting strong callout and consumption numbers, gaining in airplay (it again ranks as one of the format’s top spin gainers), and without an imminent threat from below.

On the subject of longevity, the aforementioned “Adore You” impressively rises one place to #5 on this week’s chart. Although the enduring hit only spent one week atop the chart, it has remained inside the Top 10 – and often Top 5 – since reaching that peak position.

— Dua Lipa’s “Break My Heart,” which topped last week’s chart, falls to #2 this week. The Weeknd’s “Blinding Lights” and SAINt JHN’s “Roses” hold at #3 and #4, respectively.