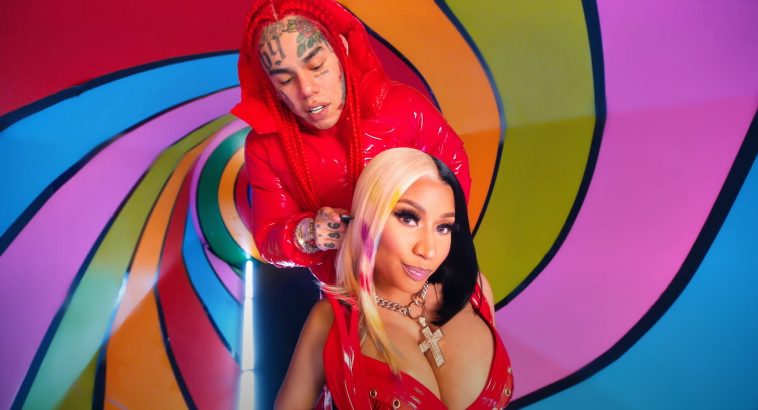 Four versions of 6ix9ine & Nicki Minaj’s “TROLLZ” are available on the US iTunes store, and three occupy the top spots on the all-genre sales chart.

As of press time at 8PM ET Tuesday, the explicit alternate edition is #1 on the listing. A clean alternate version is #2, while the explicit original version appears at #3.

The fourth iteration – the clean original version – sits impressively at #11 on the chart.

“TROLLZ” and the alternative versions picked up steam Tuesday, after Zac Brown Band’s new “The Man Who Loves You The Most” briefly reached #1 on the chart. That song is now #4 on the listing, while The Weeknd’s enduring “Blinding Lights” appears at #5.